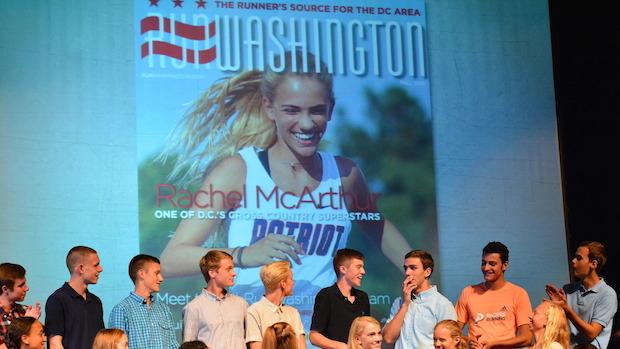 MileSplit Maryland was on-site with coverage, photos, and interviews from the 2015 All-RunWashington Preseason XC Team pep rally on Sunday, August 16th at the T.C. Williams High School's auditorium in Alexandria, Virginia. The second year event was a gathering of many of the best high school cross country runners in the area from Maryland, DC, and Virginia.

A total of 62 athletes were selected and honored to either the All-RunWashington (DC, MD, Northern VA) team (10 boys/10 girls) or among the next 7 best selected for each gender for teams from Maryland, DC, and Virginia. Special thanks to Run Washington, Pacers Running, and the DCXC Project for putting on the event!