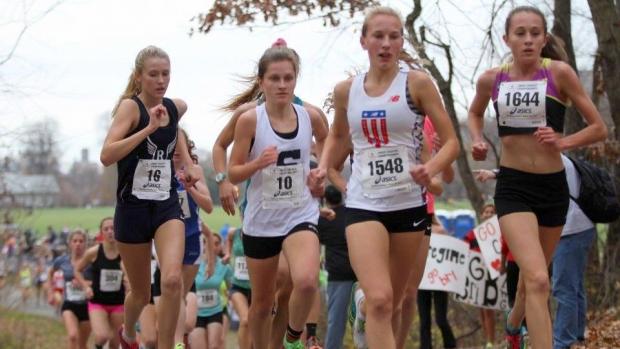 Annapolis junior Maria Coffin became the first girl from Maryland to qualify for Foot Locker Nationals since 2011 (Hannah Oneda) finishing third at the Northeast Regional at Van Cortlandt Park in New York City with a time of 17:42.

Gaining valuable experience racing earlier in the season with a top 10 finish and fastest time ever by a Maryland girl on the 2.5 mile course run at Van Cortlandt Park for the Manhattan Invite, Coffin had an even better performance on Saturday racing alongside or ahead of some of the runners who finished ahead of her at Manhattan.

Coffin was only a second behind the Manhattan Invite champ and course record setter Jessica Lawson from New York and ahead of New Jersey's best in Brianna Gess (5th, 17:44) and sub 10 minute two miler Hannah Debalsi of Connecticut. Debalsi was a Foot Locker Nationals runner-up two years ago and Gess was an All-American, so Coffin has to go to San Diego with a goal of becoming an All-American herself. 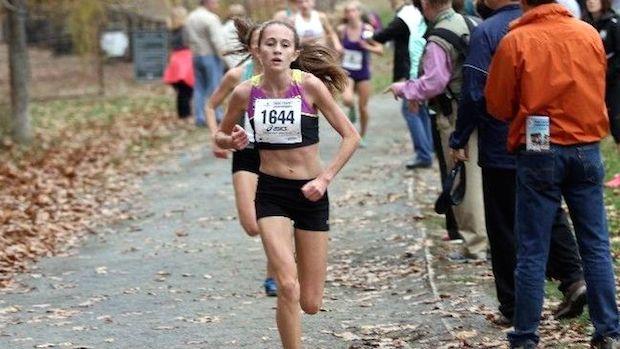 How did the race play out for you?
I felt a lot better compared to last year. I went out with the front pack and was out in front next to Jessica Lawson and Hannah Debalsi. We hit the mile at around 5:22 and I took the lead for a little bit in the woods with Hannah, Jessica, and Madeline right behind me. Hannah took the lead somewhere around the half way point and I tried to stay as close to her as possible with a few other girls a couple seconds behind me. When we came out of the woods it was Hannah and then I was a couple seconds behind and Jessica and Madeline right behind me. Madeline passed me and then Hannah at the beginning of the very long stretch to the finish and she took the lead. Close to the finish I was able to pass Hannah and Jessica passed me at the very end.
What was your race strategy coming in and how did you feel you executed on that?
My strategy was to just stick with the front pack and keep sight of the leaders. I was really happy with how it all played out I didn't expect that from myself. It was so amazing to be running with national runners like those girls.
At one moment did you feel safe and secure that you had qualified for Foot Locker Nationals?
I felt pretty confident that I could qualify around the 2 mile mark. At that point I had ran most of the hills and I was right behind Hannah. I knew there were lots of amazing runners behind me so I just focused on sticking with Hannah and staying strong mentally.
Its been since 2011 that Maryland has qualified a girl for Foot Locker Nationals. What does it mean for you to end that drought and be the state's lone representative in San Diego in two weeks?
It's amazing! It's a huge honor to represent the state. Hereford is a very challenging course and I think people underestimate Maryland runners by simply looking at the times.
You were right there with and ahead of some big national names in the sport that you have probably followed the last few years. Does that give you greater confidence of how you view yourself as a runner as well as competing for an All-American finish when you get to San Diego?
Yes it definitely gave me greater confidence. Just like new balance outdoor last year I got the chance to see how I placed nationally. It's awesome that now I get the opportunity to race with not only runners in the region but across the nation. 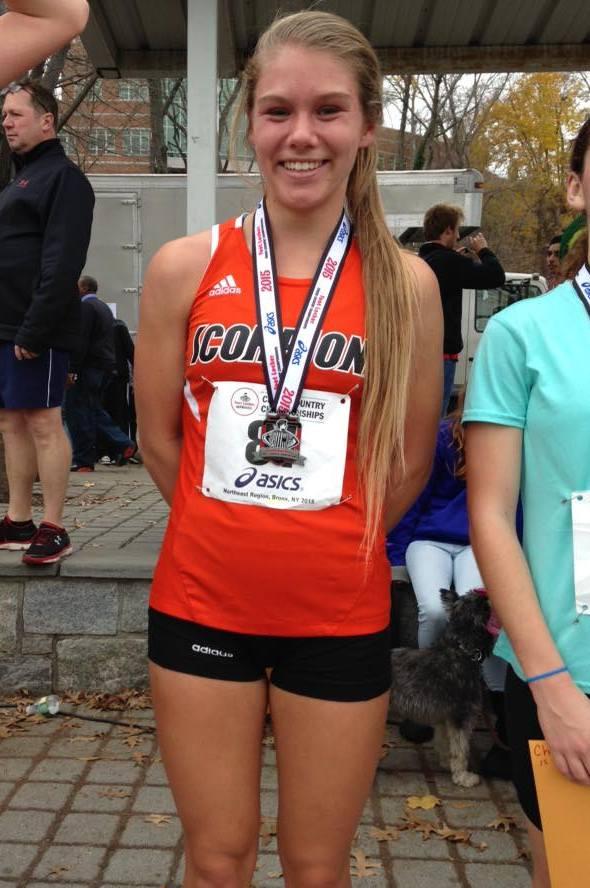 Next best finisher from Maryland in the race was Oakland Mills junior and 2A state runner-up Brit Lang in a time of 18:42 for 16th place. Lang improved 15 seconds from her 2014 race in the same meet to finish her high school cross country career on a high note.

One of the other strong hopefuls for nationals from Maryland in 2A state champ Hayley Jackson of Patuxent struggled on this day finishing 87th place in a time of 21:00. Jackson had bested Coffin for top time of the day at the Maryland State Cross Country Championships just two weeks ago with a 18:23 performance at Hereford.

Maryland's top finisher in the seeded boys race was the recent 1A state champ Will Merritt of Smithsburg, who turned in a time of 16:34 for 53rd place by the junior. Next finisher from Maryland in the race was 2A state champion Brian Cave of South Carroll in 86th place with a time of 16:59.