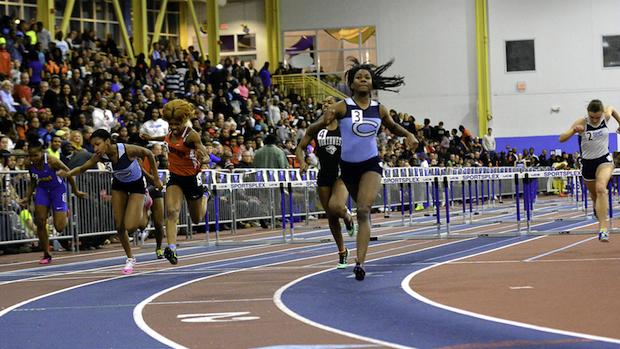 In light of watching Alexus Pyles, arguably our state's top hurdler, fail to qualify for next week's Maryland Indoor State Championships after being disqualified in the prelims of the hurdles at the 4A West Regional...couldn't help but ponder if Maryland should have auto qualifying standards for the state meet as well?

For those that do not know, I am from Virginia and for 14+ years covered the sport in my home state. They have two ways of qualifying for the state meet or any championship meet. Qualify by place from the championship qualifier meet or hit the auto qualifier standard which is normally based on the 8th place finisher of the last 6 years of the meet's results.

Auto qualifiers is all I've known as being part of the sport since my high school competition days. A big part of every season was chasing qualifying times and if didn't hit them then it was time to perform in the clutch in the championship qualifying times.

Someone of the caliber of a reigning state champion in Alexus Pyles would have already earned her spot in the state meet well before the regional meet if she lived in Virginia with their auto qualifier system. Regionals would have simply served as a tune-up for state as well as an opportunity to improve her seed time and help her team compete for a regional team title. 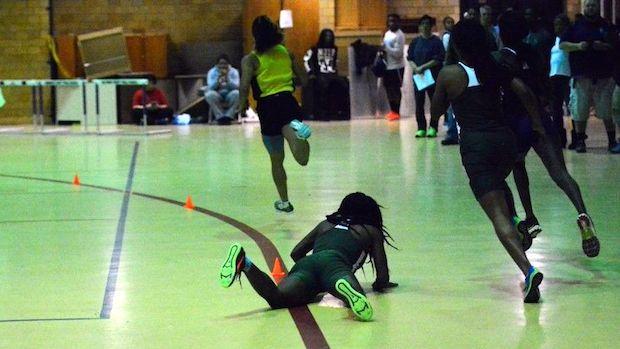 Collsse Daley of CH Flowers would have already been auto state qualified in the 4A girls 300 with our generated standard of 42.31 (41.19 season best at FIT Invite), but since she fell in her race at the Armory and finished 10th overall as a result, will not be competing in the event at the state meet.

So many things can happen and go wrong at a regional meet in a place advancement only system to prevent the best in the state from moving on and competing at a state meet.

We saw all of these scenarios play out in several instances to athletes at the regionals meets, especially with the regional meets being held at the Baltimore Armory with a slippery surface and many teams having to compete in the subpar facility for the first time this season compared to their venue norms of the PG Sportsplex and others.

I use to race my district and regional meets in Virginia at one of the worst tracks in the state (yes much worse than the Baltimore Armory) in the Arthur Ashe Center's 145 meter spikeless track surface. Many of the teams who had to have their regional meets held there made sure that their top kids and relays got their state qualifying times and state meet seed times (can use your season best time regardless of meet at VA state meet) prior to a regional meet at the Ashe Center. The regional meet then became just all about getting more state qualifiers by place as well as team finish in the region. 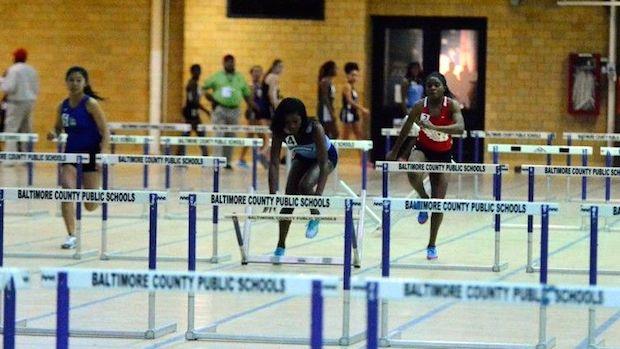 In Virginia for the indoor season, the auto qualifier meets are any sanctioned meet during the current season with four or more teams. In outdoor, the number of teams required is raised to 10 teams (basically any invitiational) or a championship meet (conference & regionals). Pyles could be qualifying herself in a state meet for example competing in one of the Montgomery County Public Schools series meet.

If you are competing at a decent indoor facility like PG or Hagerstown Community College, you should also have a good opportunity at regionals to improve your state meet seed time or even achieve an auto state qualifier regardless of your regional place.

Its also tough on an athlete doing multiple events at each level of championship season. Auto qualifiers give flexibility that athlete doesn't necessarily have to do the same events at regionals as they would at the state meet. An athlete having to compete in 3 to 4 events at county, regionals, and state can wear them down or increase chances of injury. With auto qualifiers, they could maybe take a lighter load of events at the regionals.

Below is an example of what the auto qualifying standards would look like in Maryland's 4A classification based on averaging the 8th place finisher's performance from the last 6 years of state indoor championships.

What say you? Do you think its time for Maryland to consider adopting an auto qualifier system coupled with regional meets as two options to advance onto the state meet? VOTE BELOW!