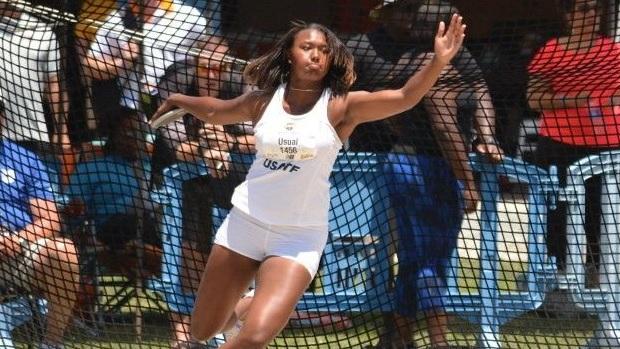 Frederick Douglass junior Seasons Usual went the entire 2016 outdoor season without losing to a fellow Maryland competitor in either the shot put or discus. She finished fifth in the discus at New Balance Outdoor Nationals, where her MD #1 throw of 151'8" was the best in the state since 2005. (Photo by Jeff George)