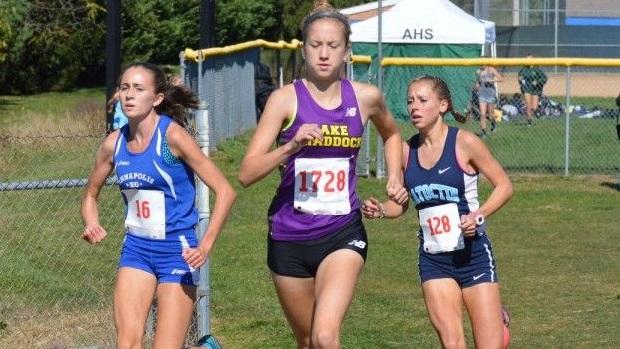 The 2016 cross country season had no shortage of great girls races, highlighted by photo finishes and course records aplenty. Relive some of the top races of the year and then vote for the best one below!

This season's large school race Frank Keyser Invitational featured one of the most star-studded fields the race has ever seen. The highlight was the showdown between Lake Braddock's Kate Murphy and Annapolis' Maria Coffin - two seniors, defending state champions and national meet qualifiers. Both Murphy and Coffin easily beat the unofficial meet record (according to performances in MileSplit's database), and Catoctin's Julien Webster finished not far off Emily Mulhern's mark as well. Not to sound greedy, but imagine if Walter Johnson's Abbey Green had run as well (she did not run, but the Walter Johnson girls did).

Green, however, did run the next weekend at the Montgomery County Championships where she put on quite the show. Unchallenged for almost the entire race, she battled through rough winds to destroy her own Bohrer Park course record in 17:46.70. The race featured no shortage of depth, either, as four more girls cracked 19 minutes, 19 in total running under 20.

Just a few days later, Centennial High School was the site of one of the closest battles of the year. A lead group of the top runners in Howard County dwindled down to just two runners by the final mile: River Hill's Jasmine Tiamfook and Mount Hebron's Emily Beyer. Tiamfook created a slight gap before the final sprint along the back stretch of the track and held off Beyer's final charge to capture the county title. The two would nearly repeat the race next week at the 3A East Regionals, although Beyer would finish ahead of Tiamfook at the 3A State Championships.

The most anticipated race of the year, however, was the matchup between Maria Coffin and Abbey Green at the 4A State Championships. Neither girl disappointed, and they became the first two to crack 18 minutes at Hereford's famous course. It was a two-girl race from about 400 meters in and remained that way for the remainder. The race behind the two frontrunners was exciting as well, with a trio of sophomores - Anna Coffin, Kamryn Eveleth and Jessica Trzeciak - finishing fourth, fifth and sixth, respectively.

Voting closes at 10 PM on Friday! Voting is unlimited and feel free to share with your coaches, family, friends, teammates, teachers, and more!