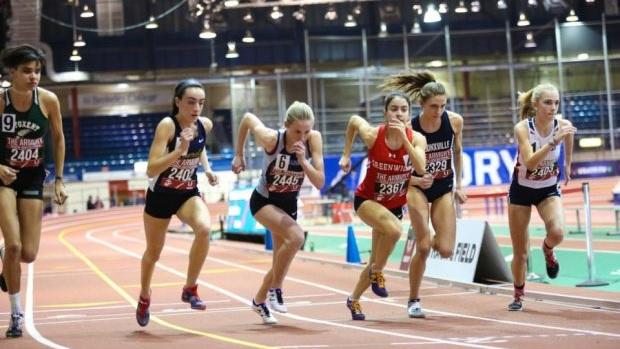 Some runners like to rest up before the regional championships. Not Hayley Jackson. The Patuxent senior competed in a stacked 1000 on Friday at the Armory Track Invitational in New York, and she ran likely one of the fastest times ever by a Maryland runner. The previous best time recorded in the MileSplit database belonged to Roosevelt's Amirah Johnson, who ran 2:52.71 back in 2009. We will see later this week what events Jackson will run at regionals, as she has both the talent and range to win a state title in anything from the 500 to the 3200.

Jackson wasn't the only Maryland standout who ventured away from home this past weekend. Walter Johnson's Abigail Green traveled down to North Carolina for the Camel City Invitational, where she competed in Friday's 3000 unattached. She ran 9:46, which converts to a sub-10:30 3200; only Arundels Christy Nichols has a converted sub-10:30 3200 recorded in the MileSplit database. After beating rival Maria Coffin in the 3200 at the Virginia Tech High School Invitational, Green is looking stronger than ever this indoor season.