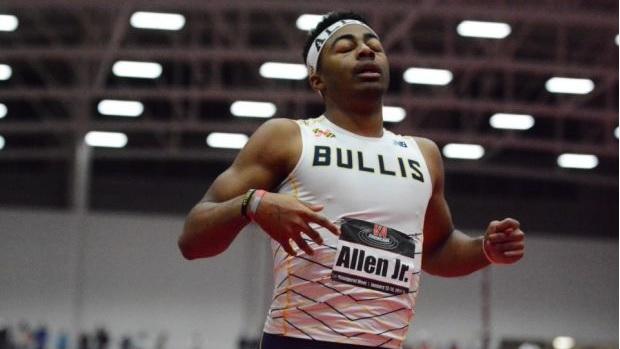 Eric Allen and Dalton Hengst have been making national headlines all year, and on Tuesday it was announced that they would each represent Team NSAF at the Caribbean Scholastic Invitational at the end of May.

Allen broke out this past indoor season as the leader of a Bullis boys squad that rivals its world-class girls team. He shined on the national stage this winter at the Kentucky High School Invitational, the Millrose Games, and the Virginia Showcase. His 33.49 300 at the Virginia Showcase was a US #3 performance and one of, if not the fastest ever by a Maryland runner. Allen also led the Bullis boys to third place in the 4x200 at New Balance Indoor Nationals. 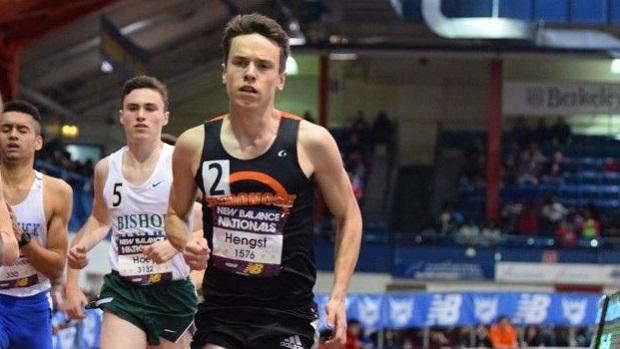 Hengst has also taken his game to another level in his junior year. After qualifying for Foot Locker Cross Country Nationals he ripped off a 4:08.99 full mile at the Millrose Games and then finished fourth in the event at New Balance Indoor Nationals. Hengst also kicked off his spring by becoming the first Marylander since 2011 to go under nine minutes in the 3200.

The roster includes just 14 boys, so having two hail from the state of Maryland certainly is a huge deal. Throw in the fact that both runners are still only juniors and it's not hard to see why Maryland is attracting national attention.

Hengst is the only true distance runner on the boys' roster which can be found here.