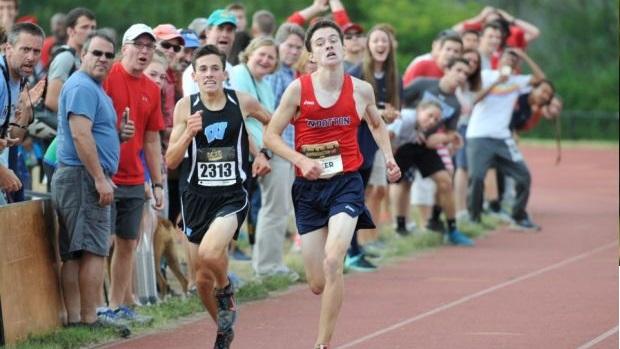 Rematch! This race, at least between Maryland competitors, could be a toss-up between Aaron Bratt (last year's winner) and Thomas S. Wootton's John Riker who finished just a fraction of a second behind him in last year's sophomore race. Both have gotten off to strong starts this season; Bratt finished second at the Rebel Invitational with a personal best time of 16:10 and Riker placed third at Track and Trail with a 16:06 effort.