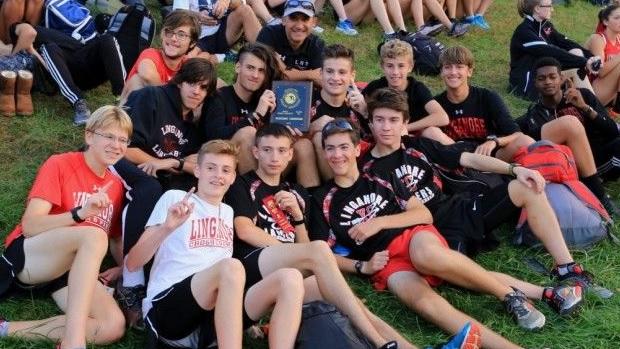 The four 3A regional meets on Thursday afternoon set the stage for next weekend's state meet. Here were the biggest moments and storylines.

The Linganore boys have enjoyed a very good season that now includes Frederick County and 3A West team titles. Their most recent performance at Watkins Mill High School on Thursday afternoon may have been their best to date. Only the Westminster boys were able to challenge the Lancers, but even then the margin of victory (34 points to Westminster's 59) was comfortable. Junior Michael Belmaggio has been the driving force all season, but it was fellow junior Kyle Guinn's runner-up effort that highlighted the team's performance. They will certainly be one of the many teams - along with Atholton, Centennial and Wright, among others - with a chance to win the team battle next Saturday. Only two of their top seven this season are seniors as well.

We've all heard the cliché, and it is very much applicable to the impending matchup between the Northern and C. Milton Wright girls at next week's state meet. The Northern girls are the immovable object, sitting as defending state champions and having just put seven in the top nine at the 3A South regionals. The Wright girls, meanwhile, are the seemingly unstoppable force after sweeping the top three spots and putting five in the top nine at the 3A North regionals. It will be the team battle to watch at next weekend's state meet, and it's just unfortunate that one of these teams won't win a state title this year.

McDermott Rolls To Another Sub-16

The Bel Air senior is on a roll, having won four straight races. Five races ago he ran a personal best 15:33 at the Paul Short Invitational. He has gone under 16 minutes in his past two races as well and won yesterday's 3A North boys race by 45 seconds. After a fourth-place finish in the 4A classification last season, he seems like the favorite heading into next weekend's 3A state championships.

Freshmen Battle At The Front At Watkins Mill

The Watkins Mill cross country course has proven to be one of the more challenging courses in the state, but two freshmen had no fear when they attacked it on Thursday afternoon. Blake's Ella Jacobs and North Hagerstown's Phoebe Meehan separated themselves from the rest of the pack and were the only two girls to break 22 minutes in the 3A West girls' race. Jacobs took home the win, but Meehan's performance was not wasted as the North Hagerstown girls put four other girls in the top 16 to walk away with the regional team title.

Four teams finished within seven points of each other at the 3A East regionals, and it was the Atholton boys who emerged victorious from the dust. Their biggest advantage was putting three runners in the top five, as the Reservoir boys were the only other team to have three in the top ten. The result was surprising, however; the week before Atholton had finished seventh at the Howard County Championships, behind all three of the other 3A East teams. The Raiders could be peaking at the right time, and all four teams certainly have a shot at a podium finish next weekend.