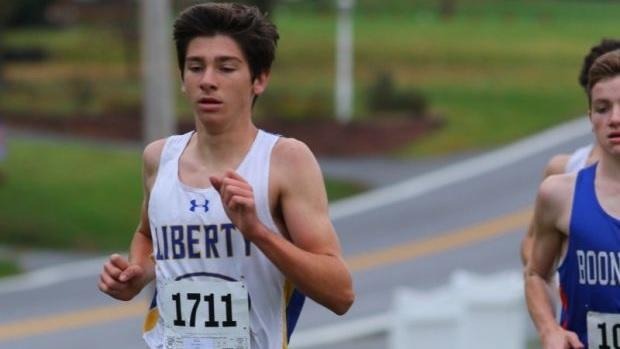 Liberty's Daniel Saxon will kick off his senior season on Saturday, and the Liberty boys return to Brunswick High School as the defending champions from last year's race. (Photo by Craig Amoss)

High school may not start up until the Tuesday after Labor Day, but the cross country season kicks off on Saturday around the state. The Brunswick Invitational is one of the oldest meets in the state (now on its 36th edition), and every year it attracts teams from around the state to the small town of Brunswick to kick off the fall season. With all of that history (and the fact that the course has hosted the Frederick County Championships) there is plenty of opportunity for athletes and coaches alike to compare times and get a good idea of where their team is to begin the year.

This year's scheduled list of teams includes the three-time defending 2A state champions from Liberty High School, led by rising senior Daniel Saxon. He has finished in the top five at the state meet in each of his first three seasons, leading the Lions to state titles each time. Saxon's lone true win of his cross country career came last year at the Carroll County Championships, but he did also win the small-school division at last year's Brunswick Invitational. Liberty knows what they have in the reliable senior, but aside from Saxon and junior Woodrow Kashima (eighth at last year's state meet), the Lions only had two other returners break 18 minutes last season, so their depth may be tested early on.

Another team to watch on Saturday will be the St. Paul's boys, coming off a season in which they finished third at the MIAA Championships, just ten points behind Loyola-Blakefield in the top spot. The Crusaders had five boys run 17:07 or faster on the blazing fast course and only one of their top seven graduated, leaving them potentially with one of the best returning teams out of all of the Maryland private schools. 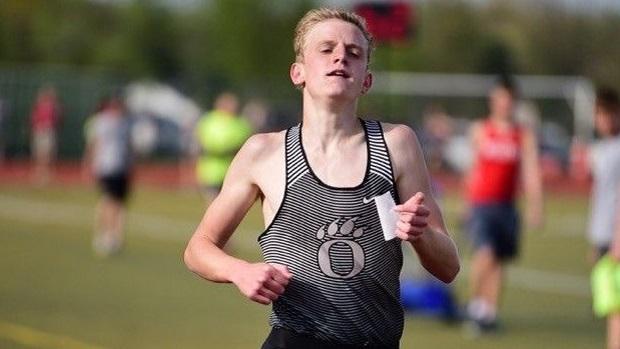 Will Kyle Lund's 1:56/4:20 performances on the track translate to a top performance during the fall? (Photo by Brandon Miles)

The Oakdale boys were another young team last season, finishing 13th at the 2A state championship despite not featuring a single senior boy on their entire roster. Rising junior Kyle Lund finished 12th at the state meet and continued to enjoy success on the track, dropping personal bests of 1:56 and 4:20 in the spring; he could certainly be one to challenge Saxon at the front of Saturday's race. The Oakdale boys will have to contend with Northwest (among others) in the large school division.

Other individuals to watch include: