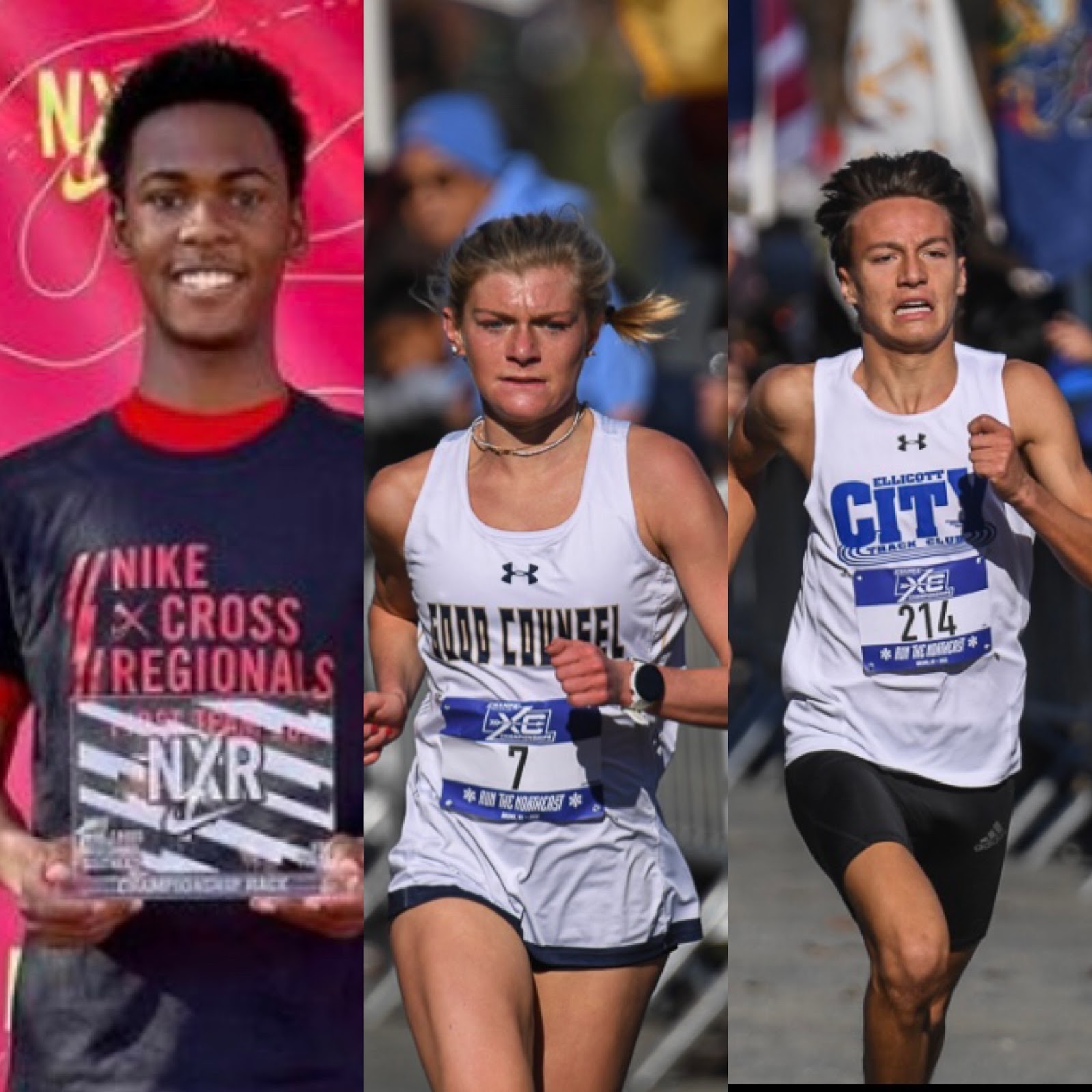 Antonio Camacho-Bucks (Centennial) redeemed himself from his state championship performance and placed 4th overall. The top 10 qualify for the Champs National Championship on December 10th. Camacho-Bucks worked his way up during the race, as he was 10th at the 2k, 8th at the 4k, and used his speed to move up to 4th at the finish finishing the 5k course in 15:33. That time places him 4th all-time among Maryland performers at this meet.

Leah Stephens (Good Counsel) has kept her record-breaking season going as she placed 5th in the race earning a ticket to San Diego. Leah placed herself comfortably in the top 10 all meet long as she was 4th at the 2k split, 7th at the 4k split, and used a strong finish to move up to 5th at the finish. Her time of 18:06 places her 6th all-time among Maryland runners at this meet. 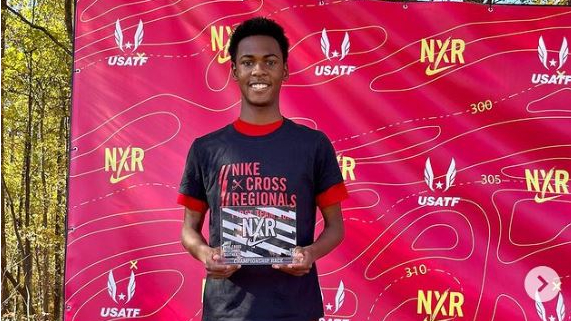 Cameron Davis (Calvert Hall) and his teammates highlight an impressive day for Maryland Athletes in Cary, North Carolina. Davis finished 6th in the Championship race running 15:15. Davis ran a brilliant race going out in the first 2k in 17th place and moving up as the race unfolded. The top 5 individuals who are not on advancing teams qualify for the Nike Championships next week in Portland Oregon. Davis finished 6th, however, Joshua Ruis from Belen Jesuit Prep finishing 3rd meant that he did not count as the 5 individuals, which allowed Davis to advance.

In the team results, Calvert Hall finished an impressive 5th against some of the top teams in the Southeast. They averaged 15:50 on the 5k course scoring 160 points. They finished 55 points behind the winner Farragut. Behind Davis, Ryan Connelly ran 15:46, Rei Rahsaan Nettey ran 15:55, Stephen Gonzalez ran 15:58 and Cort Schroder ran 16:17.

Calvert Hall showed its depth as well placing 2nd in the Rising Stars race with 37 points. Sophomore Hayden Malstrom led the way running 16:54 for 10th place. They averaged 17:15 on the 5k course with only freshmen and sophomores, which bodes well for their future in Maryland and at National Calibar meets.

Winston Churchill had a strong showing in Cary, winning the Open race with 74 points. They were led by Nathaniel Encinas (Winston Churchill) running 16:23 for 4th place. The Bulldogs averaged 16:43 on the 5k course.

Kiley Mann (Howard) had an impressive showing in the girl's open race as she used an excellent sprint finish at the end to take the lead with 200m to go and never looked back. She ran 19:05 for the win and a new 5k season PR.

The Severna Park girls took home top honors in the girl's Rising Stars race, winning with 17 points in the two-team race. They were led by freshman Brooklyn Labrier who ran 21:29 for 12th place.