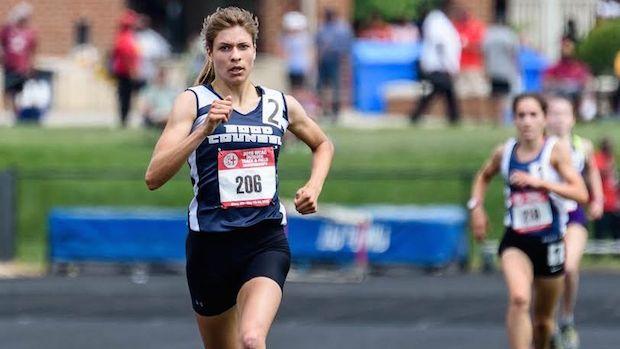 Rachel Pocratsky ended her senior year of high school track as the fastest half miler in the state of Maryland. The former soccer player clocked a 2:13.42 personal best performance in mid-April at the McNamara Mustangs Invite, which stood as Maryland #1 through the rest of the season. A two-time WCAC champion in the 800 meter run, Pocratsky also competed well nationally over the past year at the AAU Junior Olympic Games (9th place) as well as New Balance Nationals Indoor (9th in emerging elite division). She also dipped under 3 minutes indoors in the 1000 meter run (2:58.35 PR) at the Virginia Tech Invitational. She now heads off to compete at that same venue in the Rector Fieldhouse in Blacksburg, Virginia as she will run for the Hokies at Virginia Tech. Check out Pocratsky's Salute To Seniors series interview below! (Photos submitted by Rachel Pocratsky)

Salute To Seniors: Rachel Pocratsky (Our Lady of Good Counsel) 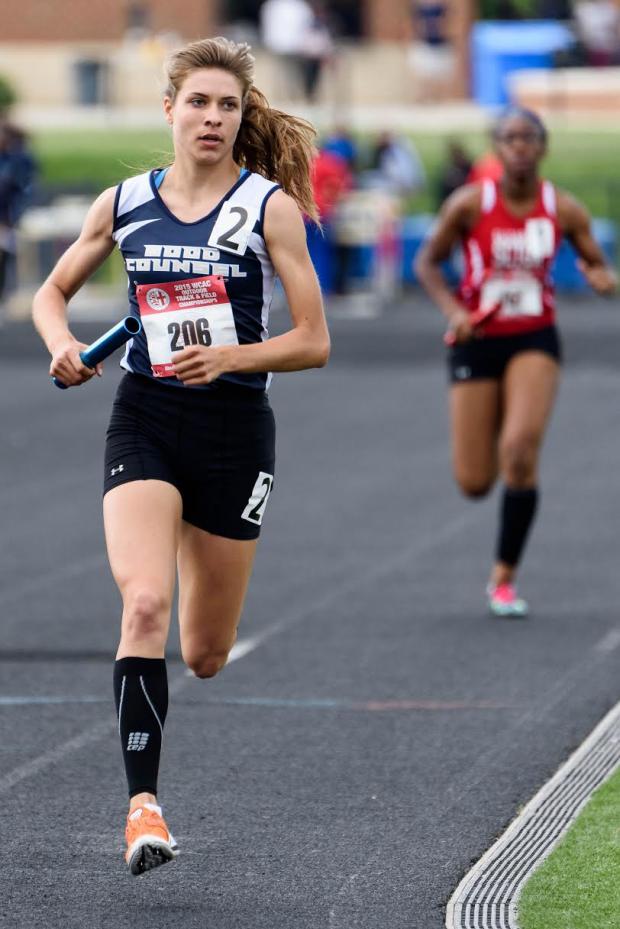 My most memorable race was probably during my sophomore year when I competed in the 800m against Caroline Clark in the WCAC Championship. It was my first season running high school track because of a soccer injury I had during my freshman year, so I was only just starting to get the hang of running the 800 competitively. However, I already knew Caroline was going to be my competition because we had raced against each other in previous meets. We ran side by side the whole way until the last 300 where I started to pull away, but then in the last 100 she came back and I had nothing left at that point. Even though I did not end up winning, we really pushed each other to our limits at the time and it taught me a lot about competing aggressively and running all the way through the finish line.

I faced my biggest competition at AAU Junior Olympic Nationals last summer, where I was running summer track for Team Accelerate Maryland. After running the preliminary 800m qualifier, I progressed to the finals where I was able to compete against some of the best girls in the nation. They all made me put up a fight, especially in the last 100m, and I ended up finishing 9th overall, just one away from All-American status.

I think my greatest accomplishment was running my PR in the 800m, which is my best race, at the Mustang Invitational this past outdoor season. I ran 62 in my first 400 and finished in 2:13.42.

I would have made my transition from soccer to track sooner. Although I physically couldn’t compete in track my freshman year because of a knee injury, I think I still would have planned on being mostly committed to soccer the next year when I had recovered. And, because I was not able to experience how I compared to other runners my freshman year and learn how to compete, I started a year behind everyone else. I also wish I would have started summer club track sooner, because it is amazing to see so many young kids who are already so good, and it makes me wonder what I would have been able to do if I had been training at their level all those additional years. Even though I can wonder what could have been, I also realize that things still could have turned out differently if I had done all of these things earlier, so I do not have any regrets. I just know that I still have more room to improve.

Aside from my knee injury, I have experienced some overuse injuries that sometimes make maintaining a high level of training challenging because these injuries often require me to take a step back and take things easy for a few weeks. Mostly these include shin splints, which I have gotten every track season, and tightness in my calf, which actually helped me to improve my form because I needed to make sure I was picking up my legs efficiently while running.

Definitely my teammates. Since the track program at my school has been pretty small and has experienced a lot of changes in coaching staff within the past 4 years, there has been a core group of kids that come back and make it worthwhile every year because I know I can count on them to perform well and put in the needed effort. 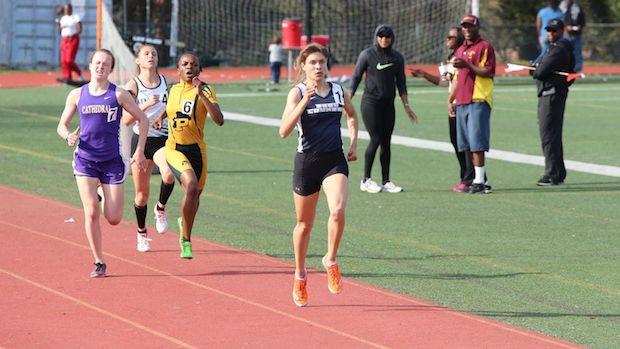 Don’t be afraid to push your limits, even if everyone else is tired and complaining, you have to focus on doing what will truly benefit you. Track is just as much, if not more, a mentally demanding sport as it is a physically demanding one, so in order to be at the top you have to be both mentally and physically tough and willing to put in the work.

Well I’ve had quite a few coaches, including multiple high school track coaches, a cross country coach, and summer track coaches, all of whom have impacted my running in different and important ways. I have learned that I train best with quality instead of quantity, and that even in the worst conditions training is still necessary even if it means running on the only 200 meters of track not covered by snow. I’ve also learned that when no one knows who you are you should make them know who you are by the end of a race. Also it’s alright to let someone know you need help whether it pertains to an injury or school work, and that if you want something bad enough and work hard enough for, it is fully possible to achieve.

I’ve committed to running track for Virginia Tech, and I’m also going to be running cross country for them as part of my training. 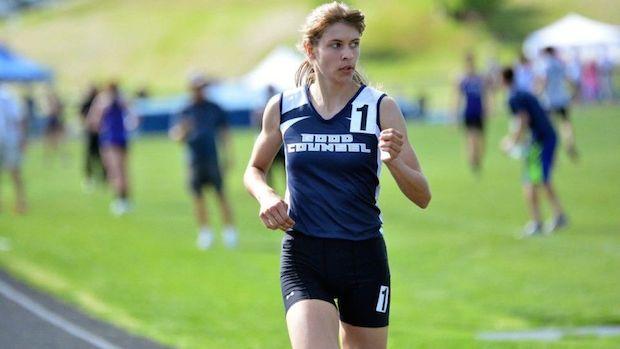 My parents are the people who have really made it possible for me because they have always supported me by making sure I get to every practice on time, and they always made a point of coming to watch my races just about every time I competed. I also would like to thank all of the coaches I’ve had throughout high school. Coach Gavin and McGaw are the ones who really got my career started, Coach Ruffin and Eggleston are the ones who trained me to be capable of competing at the national level, and Coach Lockard, Palomino, and Neal helped me finish on a strong note. Also I would like to thank anyone who has ever pushed me to be better and pulled a faster time out of me.