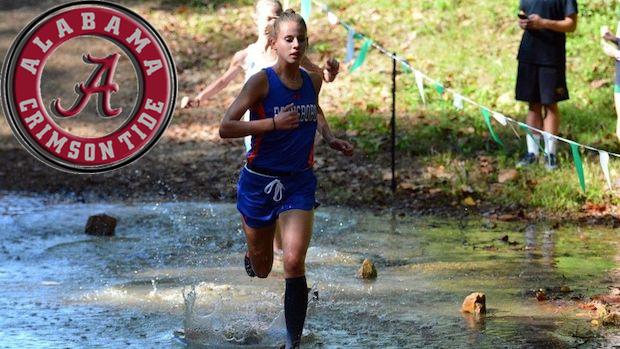 Haley Wright went south. To the DEEP SOUTH on her final recruiting visits. Down to two SEC schools in the University of Florida and the University of Alabama, the Boonsboro senior ultimately went with the Crimson Tide as she will call Tuscaloosa, Alabama home for the next few years after she graduates this spring.

Now with the stress of the college decision out of the way, Wright can turn her attention to preparing to go for her first state individual title in the 1A state race at Hereford next Saturday as well as try to lead her Boonsboro team to a state team championship. MileSplit Maryland interviewed the 5 flat miler Wright about her college decision below.

How excited and how do you feel about getting the college decision done and knowing where you are headed next year?

I am so excited! I feel like there has been so much stress lifted off of my shoulders. I literally have not ran my best; Counties and Regionals were awful just because I had a lot of stress and my mind just wasn't there. So knowing where I will be running definitely lifts a huge amount of stress off my shoulders and I can run with a clear mind. I want to leave it all on the State course and really redeem myself.

How did you go about making the decision?

It was either between Alabama and the University of Florida and I was completely torn between the two. It took a whole lot of thinking and I felt as if Alabama was just the right fit for me. I felt at "home".

So down to two SEC schools down in the deep South. What drew you to those two kind of schools?

I really want to be apart of the SEC conference just because it is SO competitive. I feel as if it has the caliber of competition that I am looking for and that will allow me to grow even further. Also, they have great academics! 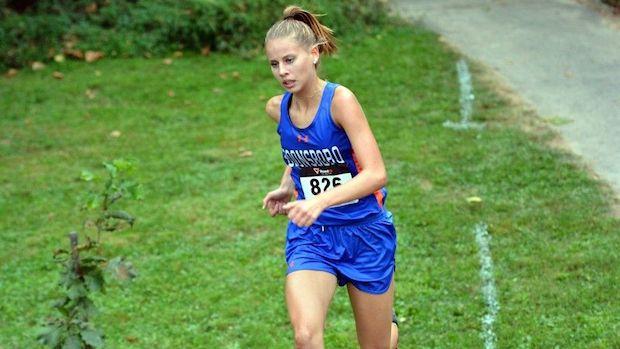 Suppose as well don't have a problem running and training in warmer weather as well?

It may be a little bit of an adjustment at first but it will be quick to adapt to. I love the warmer weather though!

How was taking official visits and the opportunity to travel to these places?

It was such a great experience! I loved traveling to these schools to visit and to get to know all of the teams and coaches as well.

What was more important to you on the visits...getting to know potentially your future teammates or your future coach? 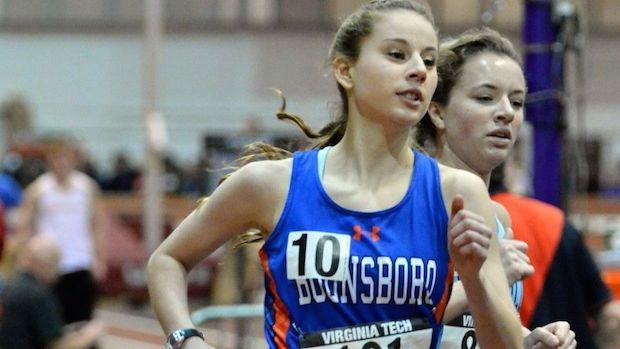 How did you initially reach out and contact schools and coaches that you were interested in? How many letters have you gotten in the mail or coaches contact you since the process began?

The University of Alabama reached out to me because he saw me run at New Balance Nationals (outdoor). I reached out to the University of Florida and emailed the distance coach my interest about their school and team. I also went on an official visit to Auburn and the coach sent me a questionnaire with a handwritten letter expressing his interest in me.

It's kind of funny because I did not have a huge interest in Alabama when the coach started contacting me but when I took the visit I fell in love with them. I received 100+ letters and emails from college coaches. I started putting all of the letters in a box and the more and more I got, the box started to overflow. 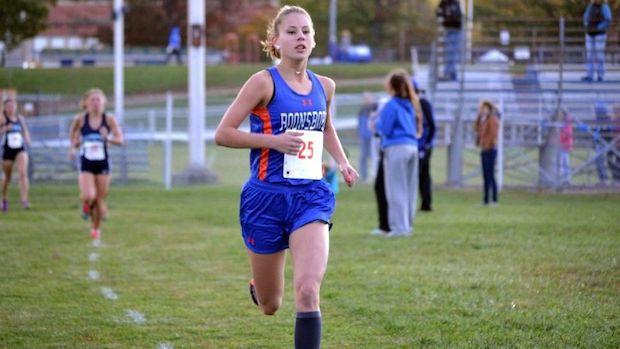 What was the best part as well as the worst part of the recruiting process?

The best part was being recognized for the hard work that I put into this sport. Running is something that I have a deep passion for and will continue to work towards my goals and dreams. The worst part was having to narrow down my choices and to contact coaches about how their school was not the best fit for me.

Was it important for you to get the early decision out of the way prior to the state meet as well as the post-season with the goals that you would like to accomplish in those races?

How excited are you and the Boonsboro team for the state meet coming up after sweeping the team titles at regionals against Smithsburg and now your best opportunity for a state title individually as well?

We are all super excited for the State meet. We have been working so hard for this and I know that we are capable of winning the State title. It has gone back and forth between us and Smithsburg and we know that they are the team to beat. I am excited that I have the chance to win my first State title. Nothing is guaranteed so I'm going to leave everything on the course.

Before you were recruited by Alabama, what is the first thing that popped into your head when you thought of the state of Alabama?

I literally did not know anything about Alabama and I had never been there before. I thought of a lot of people with very strong accents and that's exactly true. 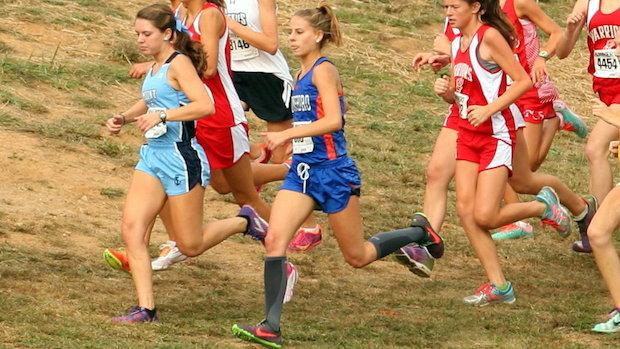 The song by far! It is so catchy!

What are you most looking forward to running in college at University of Alabama?

I am by far looking forward to see my growth and development as a runner. I think that I will surprise myself and run times that I didn't think that I was capable of running. I am so excited to run with such a competitive caliber of girls.

What advice would you give to any high school runners who have yet to go through the recruiting process?

I would say that being organized and prepared is a huge key. For me I would write down a list of questions that I would ask the college coaches when they would contact me over the phone. This made the conversations more fluent and it's nice to have as much information as possible. Also, have an open mind! I was not considering Alabama at first but after learning more about the school I fell in love with it!