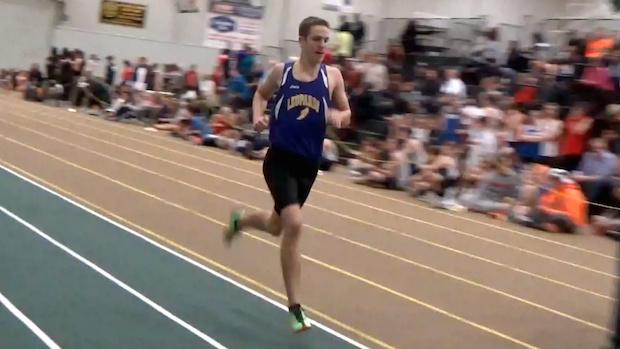 Smithsburg's Micah Daigenault was entered with no time thus placed in the slow sections at the Terry Baker Invitational of the 500 and 800 meter races. However, that did not stop Daigenault on Friday night at Hagerstown Community College from putting down the top times in both races with a 1:09.61 clocking in the 500 and 2:05.98 performance in the 800 to best the times posted in the later top seeded races of both events. Watch his impressive solo efforts below!