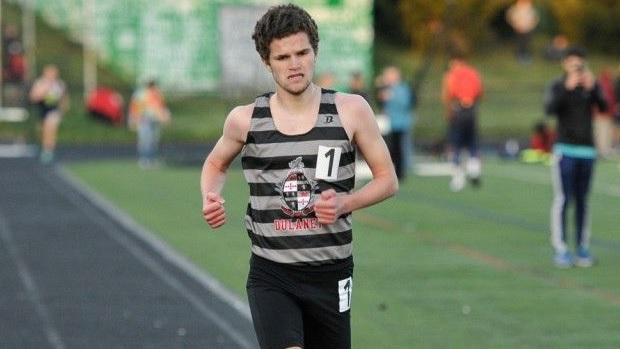 Eric Walz was not an instant star - he spent his freshman cross country season on Dulaney's JV squad. However, after running 9:48.28 in the 3200 during the following track season it was clear that Walz was on his way to stardom. He would finish in the top ten at each of his remaining three cross country state championships, including second place in his junior season and first in his senior season. He captured his first state title on the track during his junior indoor season, winning the 4A 3200 with a time of 9:37.97. Two more state titles during his senior indoor season - a 1600/3200 double at the state championships - gave him four for his high school career.

But beyond the championships and accolades has been what Walz has meant for Dulaney's distance program. In 2012 (his freshman year) the cross country team finished fifth at the 4A North Regionals. Since then they have won three straight regional championships, led by Walz who won all three races. After back-to-back runner-up finishes at the state championships, Dulaney finally broke Severna Park's state championship streak in 2015 behind Walz.

Before he begins his collegiate career at N.C. State, look back at some of Walz's best races from his senior season!