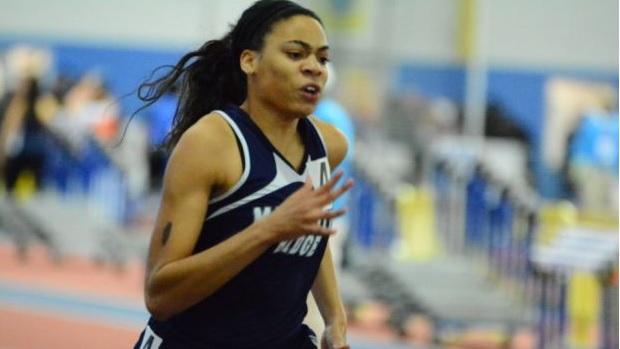 Meekins is a sprinter but has the range to go anywhere from a 55 to a 500, and she showcased that range at the 2015 outdoor state championships. She swept the 100, 200, and 400 meter dash, all in one day, earning the first three state titles of her career. She was the first girl in the 2A classification to win all three at the state championships since North East's Dnique Phillips did it in 2012. After the season she competed at the AAU Junior Olympics, clocking a blazing fast 200 time of 24.36. As a senior, she captured two more state championships (indoor 300, outdoor 400) while dropping her personal best time in the 400 to 55.63. She competed at New Balance Outdoor Nationals multiple times, including running in the championship 400 in her senior season.

Before she begins her collegiate career at Harvard, take a look at the top five races of Micah Meekins' senior season!