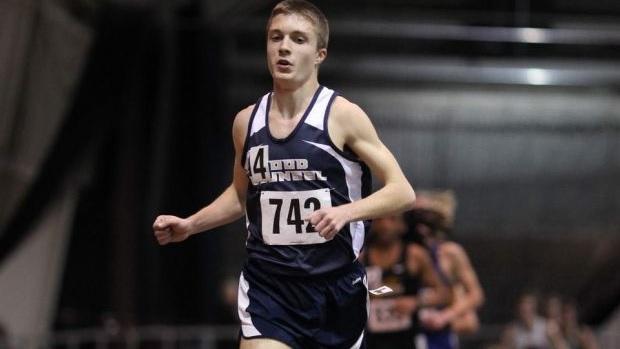 Jack Wavering wasn't even the fastest freshman in what turned out to be a great class of 2016 for Good Counsel. By the end of his sophomore track season, however, he had emerged as one of the team's top runners, posting personal bests of 16:44.80 (5000) and 9:44.04 (3200). As a junior, he won his first WCAC and MD-DC Private School championships, leading the Good Counsel boys to their second straight team victories at both races. With the class of 2016 still intact, Wavering and his classmates came into 2016 with high hopes.

Wavering quickly found himself in the small group of Maryland's best distance runners during the fall of 2015. He picked up wins over Rohann Asfaw and Eric Walz, finishing in the top five at every race he ran and winning four of them. He ran the best cross country race of his high school career at the NXN Southeast Regionals, finishing seventh with a personal best time of 15:22.80. His finish led the Falcons to a fifth-place finish, ahead of both Dulaney and Severna Park and helped make their case as the best boys team in the state in 2015. His senior track seasons were possibly even better than his cross country season. He finished fourth in the Emerging Elite two mile at New Balance Indoor Nationals, and 11th in the 3000 at the Penn Relays. In his final meet in a Good Counsel uniform, he captured four WCAC titles and led the Falcons to a dominant team victory.

Before he begins his collegiate career at Virginia Tech, take a look at the top five races of Jack Wavering's senior season!