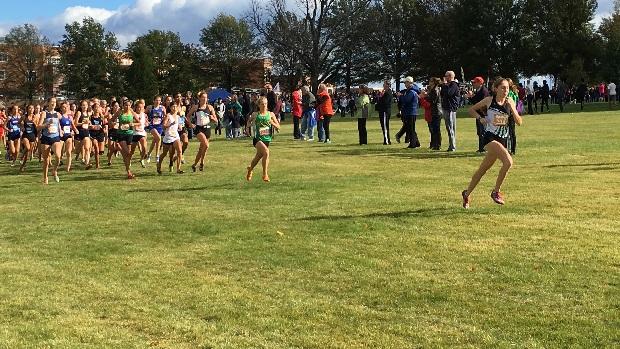 Both Rohann Asfaw and Abigail Green entered Saturday's Montgomery County Championships with a chance to defend their 2015 titles. Despite strong efforts from two of the strongest fields in the state, both Asfaw and Green showed exactly how dominant they can be at Gaithersburg's Bohrer Park.

After the JV runners put down some fast times, Walter Johnson junior Abigail Green turned in a performance for the ages, putting over 45 seconds between herself and the rest of the field. Her time of 17:46.60 shattered the course record she set in last year's victory by 18 seconds, and she now owns the two fastest times on the course since its inception in 2011. She will have a chance next year to become the fifth girl in the past 40 years to win three Montgomery County cross country championships.

Green's performance headlined an equally strong performance from the Walter Johnson girls who captured their third straight Montgomery County title. Their 54 points were exactly half as many scored by the next-closest team, Wootton, who broke out with a huge victory over the B-CC girls. Meanwhile, this Walter Johnson girls team might be their strongest in the past four years, in which they've won three straight state titles (and will be looking for their fourth this November).

Asfaw wasn't quite as dominant as Green was, but he left no doubt as to who was the best runner in the field in the final mile of the race, pulling ahead to a victory in 15:33.70 (nearly identical to his winning time last season). He has established himself as the overwhelming 4A state individual favorite, showing that he's nearly unstoppable when he's on his game.

The Northwest boys only needed a solid pack of five to capture their first county title since 2002. Led by Jose Infante, their top five finished between 13th and 22nd with a tiny 19-second spread (which would have fit in the gap between Asfaw and the #2 finisher, Poolesville's Ryan Lockett).