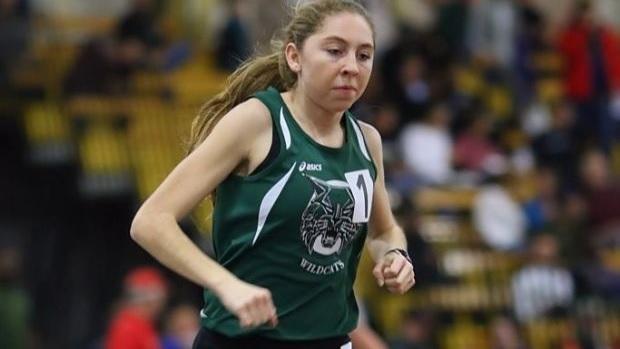 The third weekend in January saw some star Maryland athletes finally make some long-awaited debuts and returns to the track. Walter Johnson's Abigail Green was just one of those stars - after competing at the Foot Locker Cross Country Championships in December, she had to wait until Saturday to make her 2016-17 track debut. Green did not disappoint, even as inclement weather reduced her much-anticipated debut to a solo effort in the 3200 at Saturday's Montgomery Invitational. She went out strong and finished hard, running an indoor personal best of 10:53.61. That effort made her the first (and only) girl in the state this season to crack 11 minutes in the 3200.

Good Counsel's Darnell Pratt made his 2016-17 winter debut last weekend at the Army Hispanic Games where he finished third in the 200, and on Saturday he returned home for his first open race of the season on a Maryland track. What followed next was one of the best races of his career - a 34.80 win in the 300, a personal best on a flat track (he ran 34.63 last season at the Virginia Tech High School Invitational). Pratt came within a few tenths of a second at taking down the meet record, held by T.C. Williams' Noah Lyles.

It technically wasn't a return for Richard Montgomery's Rohann Asfaw, who raced earlier this season at MCPS Meet #3. But he was dealing with illness at that meet (his first race coming off of his race at Nike Cross Nationals) and Saturday marked his first big race of the season. Asfaw went head-to-head with Poolesville's Ryan Lockett, trading leads multiple times over the course of the race before pulling ahead for good in an all-out 200 sprint at the end. Just a month after his NXN performance Asfaw clocked the second-fastest indoor 3200 of his career - possibly a sign that he's on his way to another record-setting season. 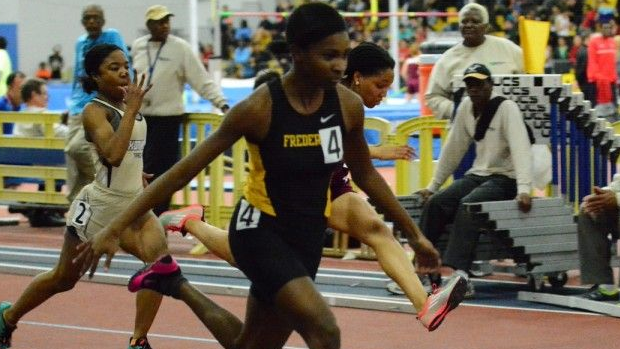 Saturday's Montgomery Invitational wasn't the only site of a big return, however. Frederick's Jaida Smith was one of the top returning sprinters heading into this winter and she made her season debut at Friday's Boonsboro Warrior Invitational. She picked up wins in the 55 and 300 dashes and the 4x200, and her 7.17 in the 55 dash is the top time in the 3A classification this season. The three-time state champion - and still just a junior - will shake up the Maryland leaderboards even further once she gets the chance to run on some faster tracks.