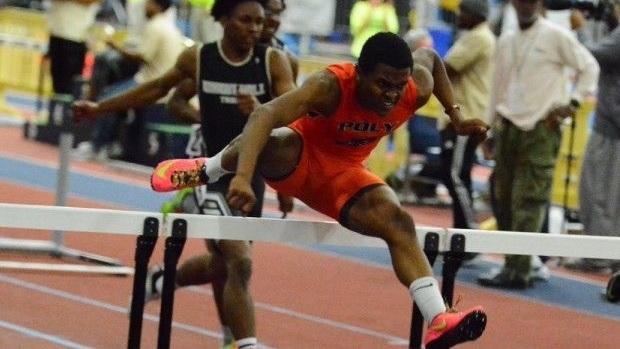 There were plenty of great performances at the Maryland state championships earlier this week. But which one was the best? Baltimore Poly's William Henderson came into the meet with his sights set on multiple 3A state meet records. He came up just short in the 55 hurdles, but his 7.27 personal best was still the fastest of the entire state championships by over two tenths of a second. Unfortunately he was disqualified in the finals of the 55 dash, where he had a good chance of breaking the 3A state meet record of 6.37. He did go on to win a second state title in the high jump by clearing 6'6 for the first time, and was just one of three boys to do so at the state meet. 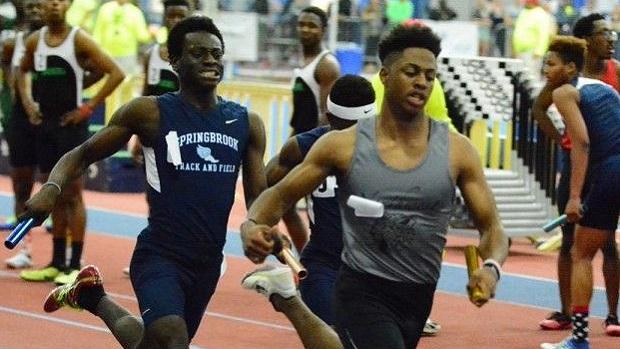 Photo by Brandon Miles
This year was a good one for dominant sprinters as both Northwest's Josh Netterville and Pikesville's Ellis Brown won both the 55 and 300 meter dashes in their respective classifications. Netterville's 34.91 personal best in the 300 was just shy of the top time of the two day state meet clocked by Westlake's Will Moten. He also carried Northwest to a dramatic come-from-behind victory in the 4x2 and also helped them earn fifth in the 4x4 as the Jaguars won yet another team state title. 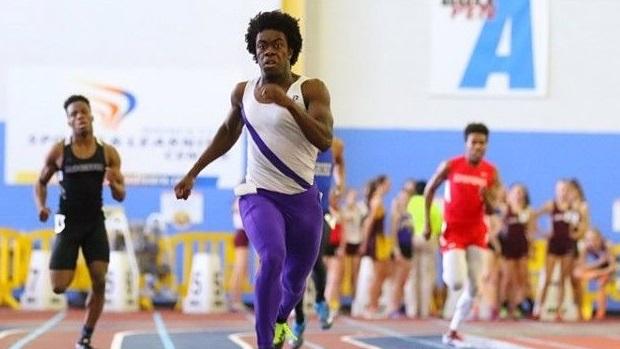 Photo by Craig Amoss
Brown defended his state titles in the 55 and 300 from last year while improving on both times. His marks of 6.54 and 35.43 were both personal bests, and he will head into his senior outdoor season looking to add even more state titles to his high school resume. 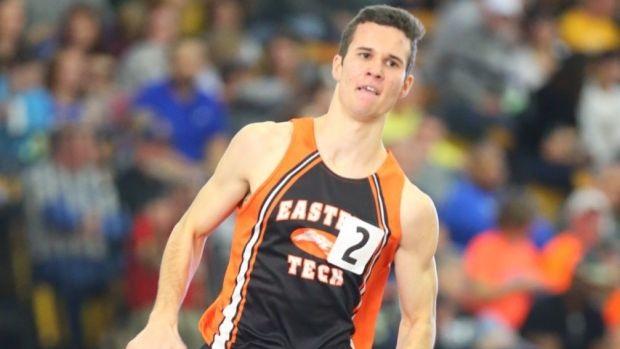 Photo by John Roemer
The award to the most dominant distance runner would have to either Eastern Tech's Taylor Baranoski or Poolesville's Ryan Lockett. Unlike the 3A and 4A competitors, Baranoski took the 1600 out right from the start which led him to clock a personal best and MD #1 time of 4:19.71. He then came back and dropped a MD #4 (and fastest time of the state meet) 1:57.64 in the 800. Lockett employed his refined sit-and-kick strategy in both the 3A 1600 and 3200, outkicking competitors to make him 3/3 in state title races since returning to Poolesville this fall. 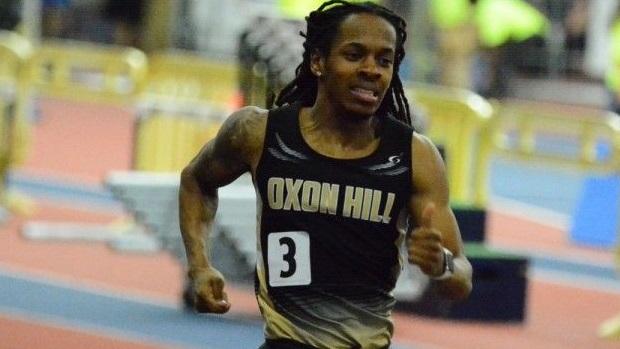 Photo by Brandon Miles
Oxon Hill senior Gary Ross has been making headlines all season in the mid-distance events and did not disappoint on Tuesday. After anchoring the fastest 4x8 of the state championships, he won both the 3A 500 and 800. His win in the 500 was more comfortable than his win in the 800, when he trailed heading into the final lap. He didn't get to complete the quadfecta because the Oxon Hill boys were DQ'd in the 4x4 but they did defend their 2016 team state title, thanks in large part to him.
Finally the top boys thrower of the week was Blake's Jabari Bennett. He matched his MD #1 mark of 59'0.25 at the 3A state championships, falling just shy of the 3A state meet record set way back in 1979.

Voting closes on Sunday at 10 PM!