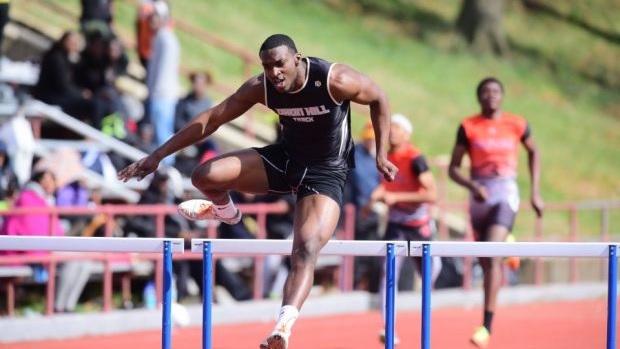 Now two weeks into the outdoor season most of the stars have come out onto the track. The times are beginning to drop as the temperatures have remained favorable heading into April, and there were many notable performances around the state this past week. Vote for the best one below!

Oxon Hill's Daniel George was a level above the rest in the 300 hurdles at the North Capitol Invitational on Saturday. He set a new personal best in the win at 38.55, more than two seconds ahead of second place and fell just short of the current MD #1 mark in the event. George also showcased his versatility in the throws, finishing third in the shot put and seventh in the discus. 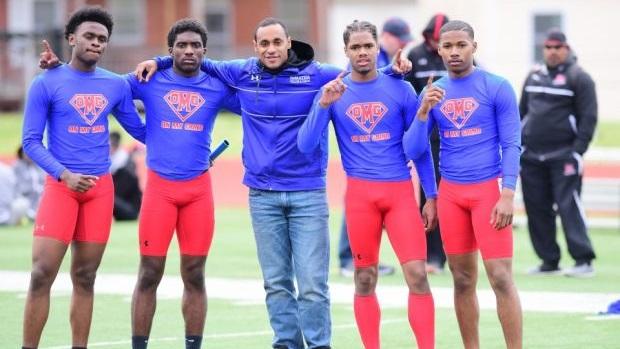 George was not the only notable performer at McKinley Tech on Saturday afternoon. DeMatha's Nick Wilson is only a sophomore but did not back down in his showdown with Oxon Hill senior Aaron Robinson in the 400. The two went 1-2, with Wilson's 48.25 being a new personal best, and now also hold the top two spots on the state leaderboard. Wilson didn't stop there, however - he also won the 100 and led DeMatha to a MD #1 in the 4x200.

Elsewhere in the nation's capital, Parkdale senior Chisom Onukwugha continued his hurdle dominance. He and his teammate Tyrone Bryan went 1-2 in the 110 hurdles at 14.33 and 14.37, respectively - the top two times so far in Maryland. Onukwugha also placed second in the 300 hurdles and fourth in the long jump to round out and impressive day.

The Devil Takes The Hindmost is one of the most unique races in the state, but on Saturday it was a familiar face taking home the trophy. Quince Orchard's own Chris Thoms won the race for the second straight year, much to the delight of head coach Seann Pelkey. The junior is the first male to have ever won back-to-back Devil titles, and could make it three in a row next spring.

Voting Closes At 10 PM On Sunday!