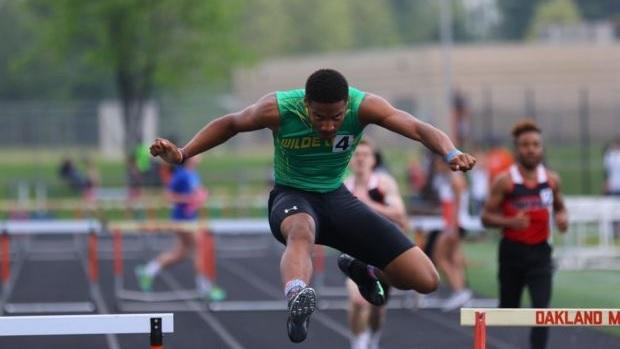 The Gator Invitational at Reservoir High School always draws a large crowd, usually being the only big invitational in Maryland during Penn Relays week. This year will be no exception, and MileSplit MD will be live streaming all of the action throughout the day! Here's what to look for in every running event on the girls' side.

100: This field includes two 3A indoor state champions in Christian Saulsbury (55 meters) and Yourry Tapande (300 meters). This could be an early preview of the 100 at the 3A state championships, only without William Henderson. Both Raynard Bell and Andre Carr have also gone under 11 seconds in the event, and with hot temperatures expected, look out for some very fast times in this event.

200: All four of the top-seeded boys from the 100 will be back for the 200, but Westminster's Troy Johnson is the only boy that has run sub-22. Again, with the warmer-than-normal temperatures expected for tomorrow, you're not going to want to miss the sprint events at the Gator Invitational.

400: After just two boys went under 51 seconds in the 400 at last year's meet, there are ten seeded under that mark heading into this year's meet. Just like the girls 400, this race may be decided outside of the fast heat.

800: Howard's Erik Jenks and Severna Park's Christian Isham will get a rematch from the Pikesville Track Classic; both are contenders for the 4A state title. Only three boys are seeded under two minutes, but the actual number of boys who run faster may be much larger.

3200: Always the biggest draw for the Gator Invitational, this year's 3200 field features 14 boys seeded under ten minutes and eight more at 10:10 or better. It's also the first event of the day, meaning that the conditions won't be quite as hot as they will be later in the day.

110 Hurdles: The Parkdale 1-2 punch of Tryone Bryan and Chisom Onukwugha will look to keep their solid spring going, but it won't come easy on Saturday. Delaware state champion Tayshaun Chisolm and Wilde Lake's T.J. Lyles are both capable of sub-14.50 performances, meaning that the current meet record of 14.54 could easily get surpassed.

300 Hurdles: Both Tayshaun Chisolm and Jonathan Waters have gone under 40 seconds for Dover, as has Long Reach's Ethan Cadogan. Another guy to watch will be Glen Burnie's James Waller; he currently ranks sixth among 4A 300 hurdlers, but just three-tenths of a second behind James Wilson at #2.

4x100: The Wilde Lake boys, led by indoor state champion Christian Saulsbury, currently rank second in the state in the 4x100. Kennedy, led by Raynard Bell, is not far behind at #8. The meet record of 43.12 may seem like a distant memory by the end of the meet on Saturday.

4x200: Atholton hopes to be a state title contender on both the boys and girls side in the 4x200, and their 3A rivals from Westminster currently lead all 3A teams. This race could definitely be a 3A state championship preview.

4x400: This race is shaping up to be a Maryland/Delaware showdown between Howard and Dover. Look for many teams, however, to join them under 3:30 on what should be a great day for running.

4x800: Perennial 4x800 powerhouse River Hill comes in seeded with the fastest time of 8:15, and they will get a challenge with their neighboring rivals from Mount Hebron. The boys 4x800 already looks loaded in 3A this season with Oxon Hill and Oakdale and both teams could join the ranks of state contenders with strong races.

Distance Medley Relay: The distance medley is the youngest event at the Gator Invitational. The Howard boys will be looking to defend their 2016 title when they became the first team to go under 11 minutes. With six teams seeded between 10:55 and 11:10 this event appears to be growing stronger and deeper by the year.