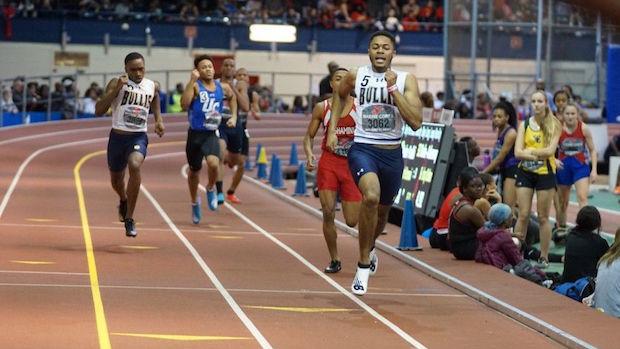 The Bullis School boys and girls came out on fire this weekend at the Marine Corps Holiday Classic at the New York Armory doing a total makeover over the state leaderboard and national rankings.

Leading the way for the Bullis boys were Ashton Allen and Andre Turay. Allen won the boys 400 meter dash with a new personal best and US #1 time of 47.83. Allen's performance is the second fastest indoor 400 meter performance ever in state history behind only Sean Sutton's oversized track run 47.63 at the 2011 University of Kentucky Invite for Good Counsel. This past weekend's race was a full second improvement by the Bullis junior Allen's prior PR of 48.83 from last summer. 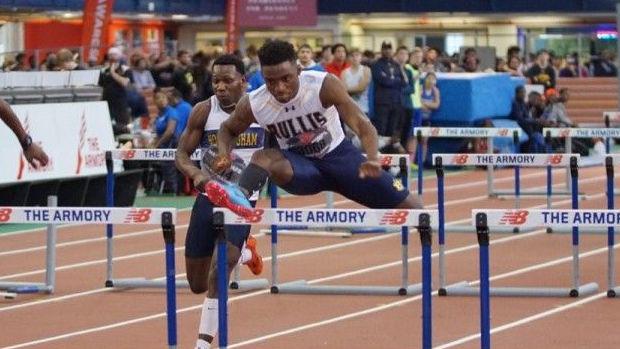 For Andre Turay, it was his first race in a Bullis School uniform after being a state champion hurdler prior last year at 3A school South Hagerstown. Turay rolled to a US #2  7.32 victory in the boys 55 meter hurdles finals. It was actually a 1-2 finish for the state of Maryland with Bishop McNamara's Drake Murphy in second place with a season best time of 7.46 to move him to MD #2 ranking in the event. 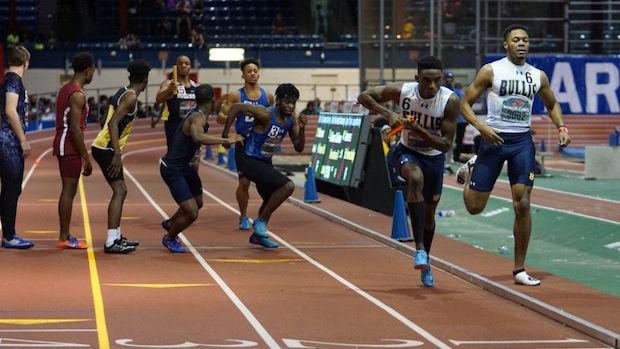 Allen and Turay also teammed up to help the Bullis School boys 4x400 meter relay clock the nation's fastest time in the 4x400 meter relay with a time of 3:20.61. A performance which is a full 9 seconds faster than the next fastest Maryland relay time this season. They dominated their race at the Armory as well winning by a 4 second margin.

The first of 4 state leading times posted by the Bullis boys on the weekend started on Friday with Ryan Willie (formerly of North County High School) winning the 200 meter dash with a 22.00 clocking. Willie won two races on Friday with teammate Austin Allen second to him in both races as he took the 55 meter dash finals in 6.56.

The Bullis girls were equally as impressive at the Marine Corps Classic. No more impressive than in the 400 meter dash as they went 1-2-3 with Leah Phillips (1st, 56.41), Sierra Leonard (2nd, 56.91), and Lauryn Harris (3rd, 56.96) to take over the top 3 spots in the state rankings in the event and also insert themselves all among the top 15 in the US currently. 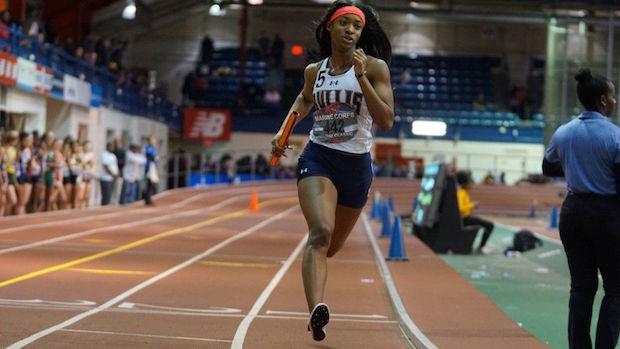 While the open 400 results were a clear indication of how strong their 4x400 meter relay team will potentially be this season, the relay itself actually reaffirmed that in winning the event with a US #1 time of 3:53.90 as they just edged out Union Catholic (3:53.95) of New Jersey.

Phillips had the prior MD #1 time in the 55 meter hurdles, but her teammate Lauryn Harris stole that honor from her this past weekend clocking a lifetime best of 8.00 for third place in the hurdles finals and elevating her to a US #3 ranking in the event as well.

There were more than a handful of other schools from Maryland competing at the Marine Corps Classic. In the girls 4x200 meter relay, Elizabeth Seton finished 3rd with a MD #2 time of 1:43.56. Meanwhile, Colby Owens of Milford Mill Academy finished 7th in the boys 300 with a MD #3 time of 35.76. Sydney Robinson of River Hill posted a season best time of 41.18 in the girls 300 in 41.18. Teammate Anish Nanjappa won the 2 mile on Friday with a time of 9:49.11.