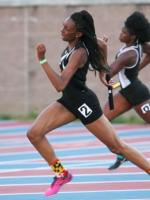 VOTE: Who Was The Top Girls Performer Of Regionals Week...
Cast your vote for the top girls performer from the past week of action in the state of Maryland!...

Contenders v. Defenders: 4A...
It's still just the first week of April, but some runners are emerging as clear threats to defending 4A state champions....

SMAC's Top 25 Girls Indoor Returnees By Event...
In leading up to the SMAC League Meet #1 on Friday at the PG County Sportsplex, let's take a look at the top 25 girls individual returnees by event in the Southern Maryland Athletic Conference....

VOTE: Who Was The Maryland Girls Sprinter Of The Year?...
Vote below by Saturday, July 16th at midnight for which state's elite sprinter from this past outdoor season in Maryland deserves to be named as the MileSplit Maryland High School Girls Sprinter of th...

WATCH Highlights Reel Of 4A Girls Champions At Maryland...
Watch the highlights reel above of all the 4A girls champions on the track from the 2016 MPSSAA Outdoor Track & Field Championships....

4A Girls Top 25 Rankings Entering Regionals...
Check out the MPSSAA 4A girls top 25 rankings entering the regional meets as of May 19th in the MileSplit database. Hand-held times excluded for events 400 meters or less. ...