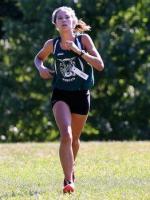 4A Girls State Race Recap: Only The Wind Could Possibly...
Race recap from the 4A girls race at the 2015 Maryland State Cross Country Championships. ...

Emily Murphy Impresses In Front Of Future College Coach...
Interview with Walter Johnson senior Emily Murphy after deciding that she will be running for James Madison University and Coach Rinker next fall in Harrisonburg, Virginia....

Fastest Runners To Watch In Each 4A Regional...
Take a look at the top runners expected to contend for 4A regional cross country individual titles on Thursday throughout the state of Maryland....

Maryland Results Merge From DCXC: Murphy Leads Team & S...
Take a look below of a results merge from all the class races at the 2015 DCXC Invitational filtering to include only Maryland schools. Which teams and runners performed the best down at DC's Kenilwor...

Senior Girls Head Of The Class Rankings: Emily Murphy I...
Check out the top 500 senior girls 5K cross country times in the state of Maryland as of September 16th....