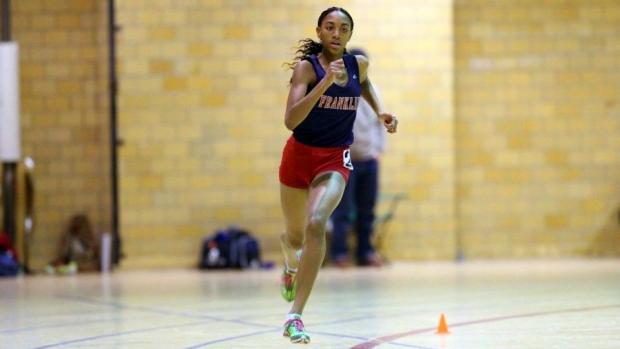 Two Words: Nyjari McNeil: Nyjari McNeil came onto the scene last year at the indoor state championships, where she won the 500 and finished second in the 800. She has improved on her times from her freshman season this year: she ranks second in the state in the 500 and first in the 800. Perhaps her most impressive performance this year has been in the 600. Her time of 1:33.42 is the third-fastest all time in Maryland in the Milesplit database. Her 1:14.59 500 at the Montgomery Invitational - the only race in which she's lost to a Maryland competitor this year - also ranks in the top ten in the database.

It's becoming clear with every passing season that McNeil is a once-in-a-while talent, as she's already captured one state title and has the chance to grab two more here in just the indoor season of her sophomore year. At a glance, she doesn't have many challengers in either the 500 or the 800, and McNeil may find herself racing against the clock and possibly some 3A indoor state records. The record for the 500 is 1:14.58, nearly identical to her season best, and the record for the 800 is 2:17.00, which she has already bested this season. When the 3A girls 500 and 800 come up, you're certainly going to want to focus your attention on the track to watch McNeil attack those records.