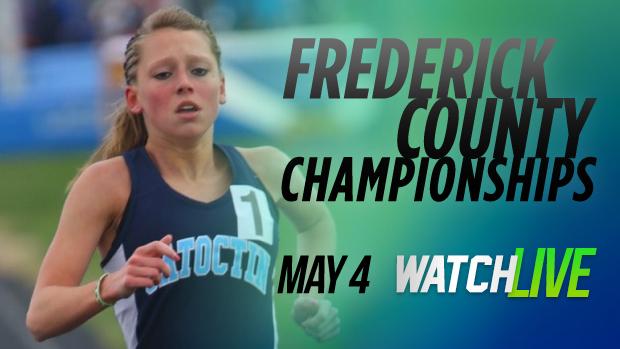 The Frederick County Championships is loaded with girls distance talent including some of the state's elite. Only one can be a champion and Catoctin's Julien Webster is hoping that the 3200 will be her event to come in first. Webster is the top entrant in the race with a 11:05 season best, but will have Reilly Caldwell racing on her home track at Middletown. to deal with as well as defending county champ Maria Carberry of Urbana.

Webster has a lot going on for her as well though being the recent 2A state indoor runner-up in the 3200 and the 2A West Regional indoor champion in the 1600 and 3200. She definitely came on strong indoors when championship season rolled around and looks to do the same starting tomorrow for the outdoor season.

Check out who are some of the other girls to watch in Wednesday's LIVE stream of the 2016 Frederick County Championships at Middletown High School.