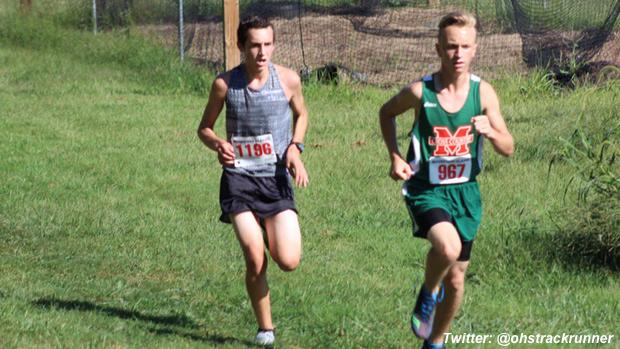 The Oakdale boys won the large school race at Saturday's Interstate Classic at Clear Spring High School. They probably would not have won the race if it weren't for a pair of freshmen, Collin Shrinner and Collin Dempsey, helping in a huge way. Shrinner placed fourth in the large school division and eighth overall, leading the team with a 17:11.10 mark on the three-mile course. A trio of seniors - Jake Hooper, Evan Kowalk and Matthew Schaefer - finished close behind Shrinner, followed by fellow freshman Collin Dempsey (17th in the large school division).

The Oakdale boys had a good group heading into this fall, but the addition of two impact rookies puts them among the crowded group of teams trying to gain ground on River Hill in the 3A classification. They'll really get tested next weekend, as they're scheduled to go up against some of the best teams in the state - including those River Hill boys - at the Howard County Invitational.

A pair of Smithsburg seniors, Erica Lindsay and Mallory Moholt, led the team to a victory in the small school division. The Boonsboro girls finished in third place in the small school race, in what was a rematch of last year's 1A state championship meet in which the Boonsboro girls eked out a title over Smithsburg. The two teams will see each other early and often this year and should give plenty of good previews for this year's 1A state meet.