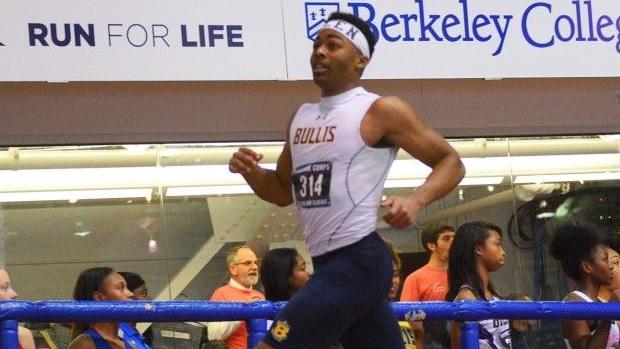 The Bullis junior now owns two US #1 marks this indoor season heading into January. He set the US #1 time in the 300 a few weeks back at the Bishop Loughlin Games at the Ocean Breeze Complex, and on Thursday Allen grabbed his second US #1 ranking - this time in the 200 at the Marine Corps Holiday Classic at the Armory in New York City.

The 200 finals were quite the family affair for Eric and his younger brothers, Austin (sophomore) and Ashton (freshman). The three brothers went 1-2-4 for Bullis, and their teammate Olandis Gary finished fifth, all clocking times of 22.39 or better on the banked track at the Armory. All told, the Bulldogs had six boys clock sub-23 200s on Thursday, with Bryce Watson and Brendan Cogdell getting in on the action. 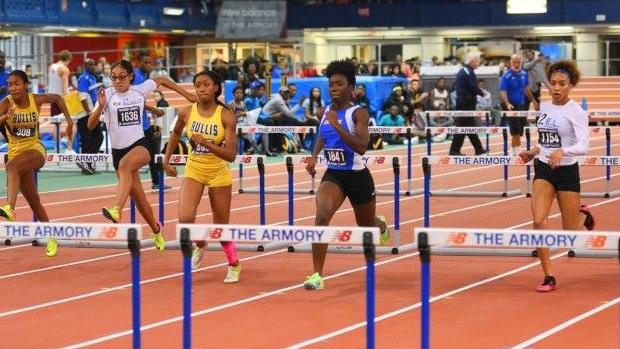 The Bullis boys weren't the only ones tearing up the track at the Armory on Thursday, however. In a showdown between two of the top girls hurdlers in the state, Alexis Postell beat out Lackey's Sydney Williams and grabbed the top ranking in Maryland while she was at it, winning the finals in 8.18 seconds.

Masai Russell led four Bullis girls in the top five of the 200 finals, dropping a personal best time (indoors and outdoors) of 24.53 in the prelims before winning the finals in 24.76. Elizabeth Seton's Lauren Morgan was right behind her in the prelims, clocking a time of 24.63. In all, five Bullis girls ran under 25 seconds in the 200 on Thursday.

The Bullis girls then came back and won the 4x400 - an event they have simply owned over recent years in Maryland - in a US #1 time of 3:46.45, beating out other mid-distance powerhouses Western Branch and Penn Wood. All four legs were clocked at 57.50 or faster.

The sprinters weren't the only ones who showed up from Maryland, however, as McDonogh's Dalton Hengst calmly set a meet record in the mile at 4:21.54. Hengst is no stranger to the Armory and will definitely be looking to lower that time closer to last year's indoor mark of 4:11.42 as the winter wears on.