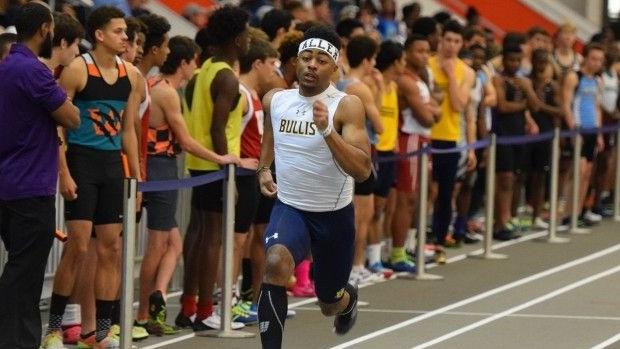 The US #1 holder in the 300 will be up against some stiff competition this weekend. Allen highlights the outstanding group of Maryland athletes heading down to the Virginia Showcase where he will get to defend his US #1 ranking against reigning New Balance National 200 and 400 champion Tyrese Cooper from American (FL). Western Branch's Micaiah Harris has also clocked a sub-34 performance and Allen will hope to be the next to join that exclusive club.
Allen is also entered in the 55 dash in which he currently sits seventh in the nation. He will also be trying to help the Bulldogs defend their US #1 mark in the 4x200.