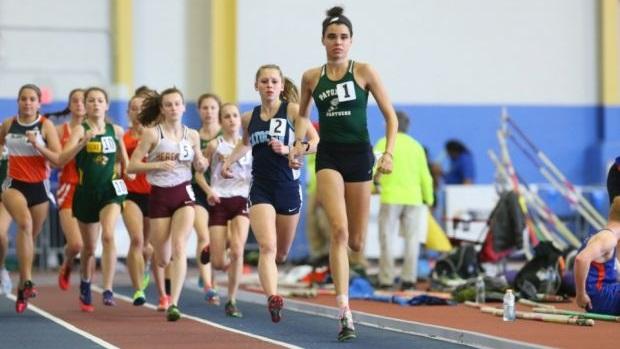 There were plenty of great performances at the Maryland state championships earlier this week. But which one was the best? It would be hard to argue with the show that Hayley Jackson put on at the Sportsplex on Monday. She obliterated the state meet record, becoming the first girl in the meet's history (in any classification) to break five minutes in the 1600. Her personal best performance of 4:45 is a US #1 by three seconds so far this winter and likely the fastest indoor 1600 ever by a Maryland runner. Jackson followed that up with a 2A record effort in the 800. 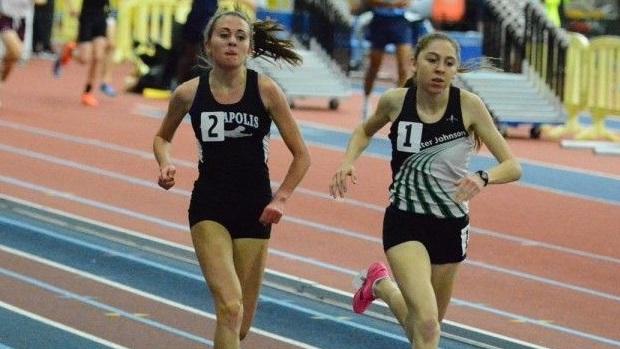 Photo by Brandon Miles
Jackson wasn't the only distance runner with a spectacular effort at the state championships. On Tuesday Abigail Green and Maria Coffin went head-to-head in both the 1600 and 3200, adding two more exciting chapters to their historic rivalry. Coffin used a thrilling last-second kick to win the 1600; both girls went under five minutes, which would have been #1 and #2 all-time at the indoor state meet had Jackson not run faster just 24 hours before. Green, however, got her revenge in the 3200, pulling away in the final lap as both girls ran well under 11 minutes.
One event that went somewhat under the radar this past week was the shot put. Urbana's Delia Sipe and Frederick Douglass' Seasons Usual set the 3A and 2A state meet records, respectively, in the event. Both seniors cleared 44 feet for the first time in their careers in their respective wins and currently rank among the top 20 in the country. Elsewhere in the field, Harford Tech sophomore captured the first state title of her young career and was the only girl to clear 5'6 in the high jump across all classifications. Both she and fellow sophomore Taylor Wright are the only girls to have cleared the height this winter. 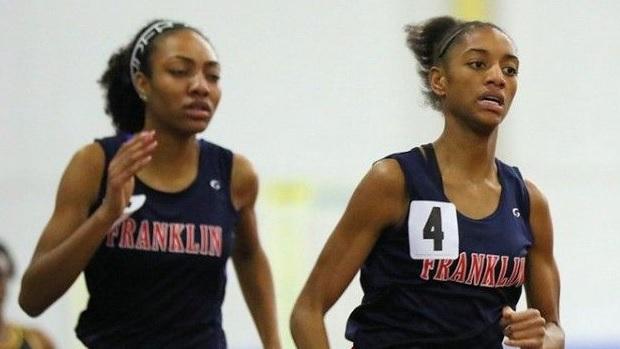 Photo by Craig Amoss
The Franklin girls picked up a 3A team title on the shoulders of two star juniors in Nyjari McNeil and Cameron Hinton. McNeil defended her indoor state titles in both the 500 and 800 and is 5/6 in her three indoor seasons in the events at the indoor state meet (she was the runner-up in the 800 her freshman season). Her teammate Cameron Hinton also shined in her first MPSSAA state meet, winning the 300 by clocking the only sub-40 time across all classifications and finishing second to her teammate McNeil in the 500. Hinton and McNeil also teamed up for a thrilling come-from-behind win in the 4x400 to seal their state title. 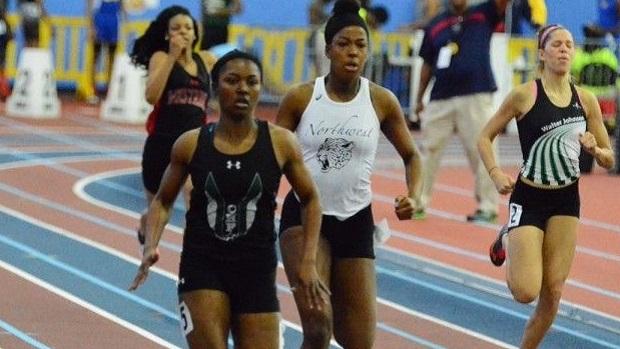 Photo by Brandon Miles
The Flowers girls won the 4A state title largely on the back of senior sprinter Pharist O'Neal. She remained undefeated on the season in the 55 dash and also won the 300, then came back to help the Flowers girls win both the 4x200 and 4x400 relays over their rivals at Northwest. Overall she contributed 40 of the Flowers girls' 95 points, the second-highest point total of the week behind the 1A champion Boonsboro.

Voting closes on Sunday at 10 PM!