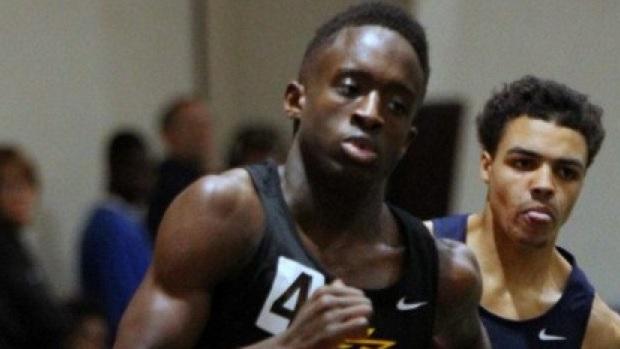 Both Richard Montgomery's Seydi Sall and Good Counsel's Jonathan Imes rank among the top 20 nationwide in the 500. (Photo by Mary Ann Magnant)

Up To Date Boys National Leaderboard

Maryland runners have certainly made their mark on the national leaderboards this winter, especially on the sprint side. How many rank among the top 50 nationwide in individual track events?

In addition to holding the second-best long jump in the country this year William Henderson sits atop the 55 meter dash rankings. He leads a strong field of Maryland sprinters that fielded six top-50 runners in the event. 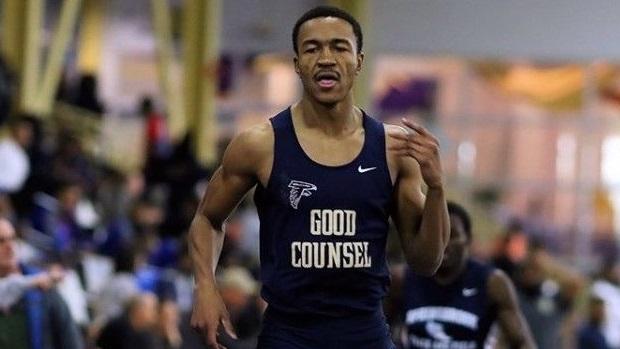 Eric Allen's 300 is the third-fastest in the country this season and likely one of the fastest 300s ever recorded by a Maryland athlete. Joining Allen in the top ten nationwide is Good Counsel's Darnell Pratt, who finished third in the 200 at last year's New Balance Outdoor Nationals.

Oxon Hill is the only school in the country with two boys among the top 30 in the 500. Maryland is by far best represented nationwide in the 500 with 11 boys ranking among the top 50.

Maryland does not rank as highly among distance runners compared to other states but junior Dalton Hengst is doing his best to put the state in the national spotlight. When converted his 4:08.99 Millrose Games mile ranks as the fifth-fastest 1600 in the country. 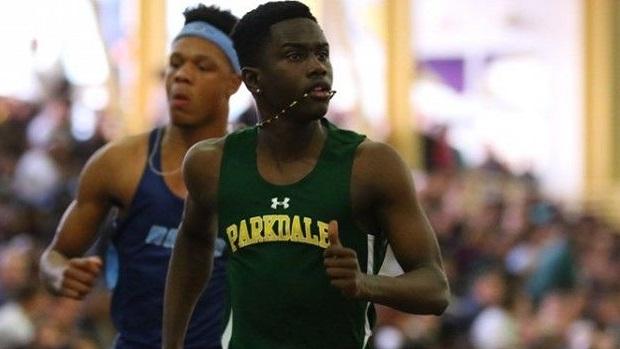 Parkdale's Tyrone Bryan and Chisom Onukwugha are the only Maryland teammates beside Ross and Robinson to rank among the top 50 in the country.