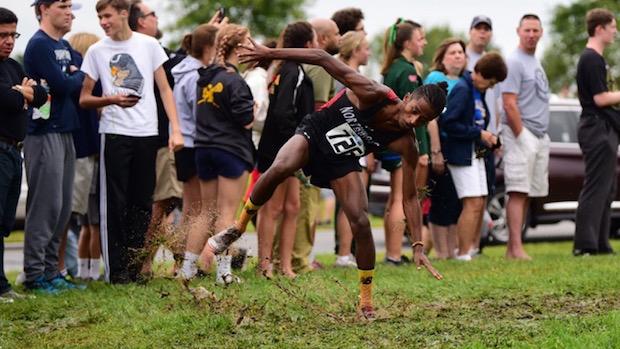 While much of the East Coast meet options were cancelled due to Hurricane Florence, one event was able to be held this Saturday in the Hood College Invitational. Over 25 schools in attendance raced on a rain soaked and muddy course from prior rain storms not associated with the hurricane. Times were certainly slower than prior years on the generally flat 5K course at Utica Park in Frederick County.

The Northwood boys put on quite a show in the varsity boys race led by a 1-2 finish from Obsaa Feda and Eldad Mulugeta. The duo was able to separate from the rest of the field shortly after the mile mark and found themselves battling each other down the line for first place. Feda was able to just edge out his teammate Mulugeta at the time with both runners chip timed at 15:53. 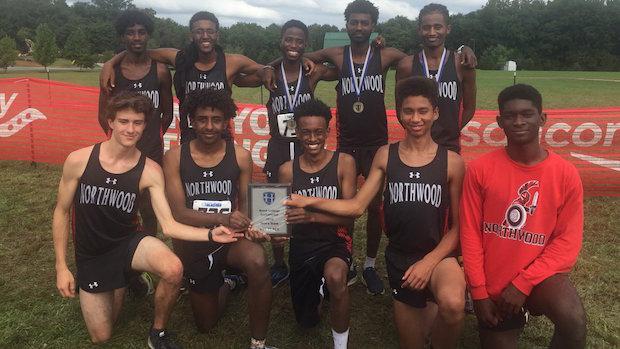 The rest of their teammates did their job in rounding out their top 5 to claim the team title with Baraka Sila (14th, 17:00), Abdurahmam Muhammad (26th, 17:26), and Walta Neguse (27th, 17:30). Northwood's total team score of 68 points put them well ahead of the runner-up squad from River Hill (107 pts). This year could be one of Northwood's best cross country squads ever as they certainly can contend for a Montgomery County title and be one of the top finishing teams in the 4A classification.

In the varsity girls race, River Hill sophomore Faith Meininger won her second straight invitational on consecutive weekends as she followed her up her first place run last week at the Howard County Invitational with a 19:32 victory at the Hood College Invite on Saturday. 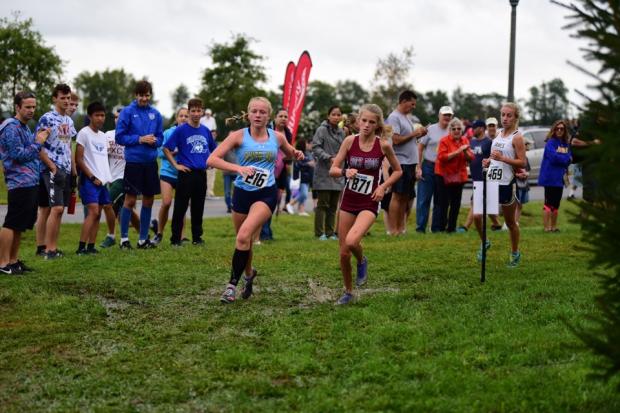 The 2-time state champion on the track, Meininger had competition thru the first half of the race from two Virginians in Rock Ridge freshmen Ava Gordon and James Wood junior Mackenzie Konyar. Meininger was able to create separation soon after that and eventually win by a margin of 11 seconds in a final time of 19:32. The second fastest 5K performance in Meininger's high school career.

Gordon and Konyar would be the next finishers to come thru in second (19:43) and third place (20:10) respectively.  Gordon's Rock Ridge team would claim the team title to take back to Ashburn, Virginia as they edged out Konyar's James Wood team by a 7 point margin (80-87). 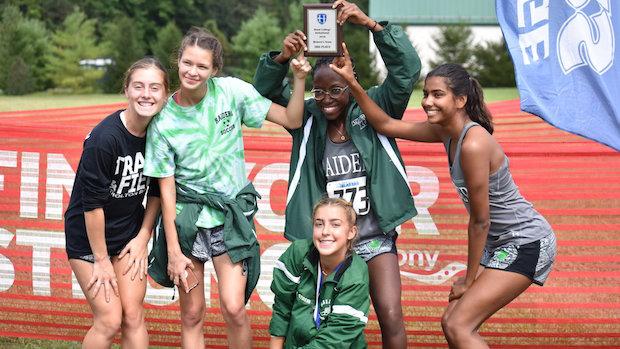 The top finishing Maryland girls team was Atholton in 3rd place with 132 points. Camryn Streib was their top finisher as the senior finished sixth overall with a time of 20:34. Their squad certainly has be considered one of the top ones in Howard County for this season.