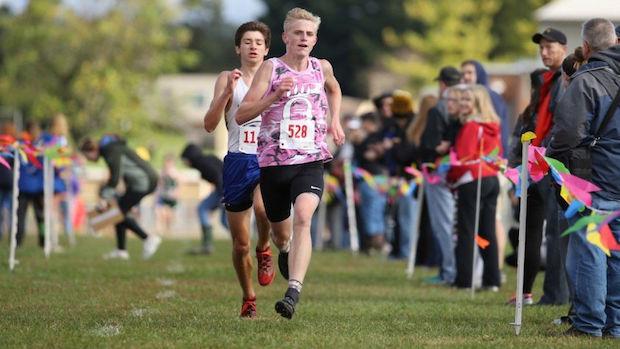 The Central Maryland Conference Championships were hosted on Friday at Boonsboro High School, which only 6 days earlier had many of the same teams racing on the same course at the Frank Keyser Invitational.

In the boys race, Oakdale junior Kyle Lund was able to knock 14 seconds off his Frank Keyser Invite race to dethrone defending champion Michael Belmaggio of Linganore (3rd, 15:42) and 1A state meet favorite Henry Schmidt of Boonsboro (2nd, 15:30) with a winning time of 15:19.

It was Dill as the team's sixth runner who was the difference maker to determine the team champion as he finished two places and six seconds ahead of Oakdale's sixth runner Evan Schaefer (23rd, 17:01).

3 of the 4 boys state team champions this fall in Maryland could come from the CMC between Linganore in 3A, Oakdale in 2A, and Boonsboro in 1A. 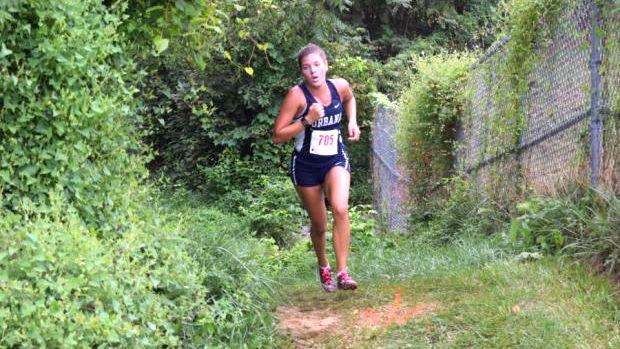 In the girls race, it was all Urbana in a team rout as they were led by the individual race champion in junior Sara Jarman. Jarman was able to break away from the field for a 11 second victory in 18:44 on the 3 mile course at Boonsboro High School. Her next closest finisher was North Hagerstown sophomore Phoebe Meehan as the runner-up in 18:55. Jarman and Meehan were the top two returnees back from last year's CMC Championships when they finished 2nd and 3rd respectively.

Urbana benefited from the additions of two impactful freshmen twin sisters to their lineup in Karly McDonnell (3rd, 18:58) and Emily McDonnell (7th, 19:31) to help their team cause. The only senior among their top 5 in Mary Miller also showcased her valuable experience with a strong 4th place finish (19:02) as the team's #3 finisher.

If their team can close the gap currently that exists between their #4 and #5 runners, Urbana could be in contention among the top 3 teams in the 4A girls state race next month at Hereford.

Oakdale with 84 points was able to hold off Middletown with 90 points for runner-up in the girls team standings. Oakdale had 4 girls among the top 15 places, while Middletown had 3 freshmen and 1 sophomore among their top 4 finishers ranging from places #8 to #23 overall.