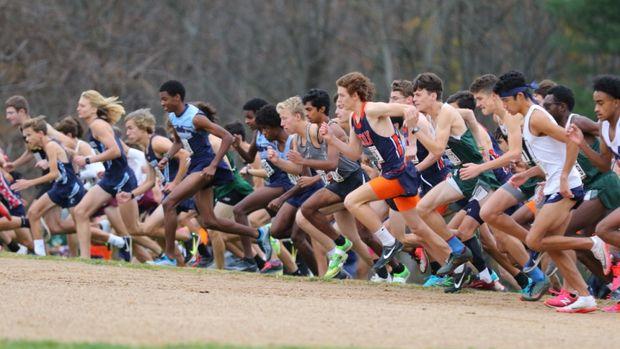 There are two new rule changes approved by the MPSSAA for this upcoming fall season that state how individuals are eligible to compete at regionals and how teams advance to the state meet. I will review each change below but be sure to click the link at the bottom to read the MPSSAA fall bulletin for the specific language.

1) "Complete teams will consist of a minimum of five runners and a maximum of seven runners who are on the active roster of the school team as of October 24th."

This is a change from the old rule that athletes needed to compete in 2 meets prior to the Regional meet in order to be eligible to run in the regional meet. Now, as long as an athlete is on the school's roster by October 24th, they can run as one of the seven at Regionals.

In previous years the rule stated that a coach only had to enter 5 runners into the regional meet for it to count as a complete team, even if those runners did not actually run the race. Now, if a school brings 4 or fewer runners to the starting line at regionals, they will not count as a team, and that could affect the total number of teams qualifying for states from that region.

Individuals will still qualify the same way, as long as they are in the top 25% of the field that starts the race.