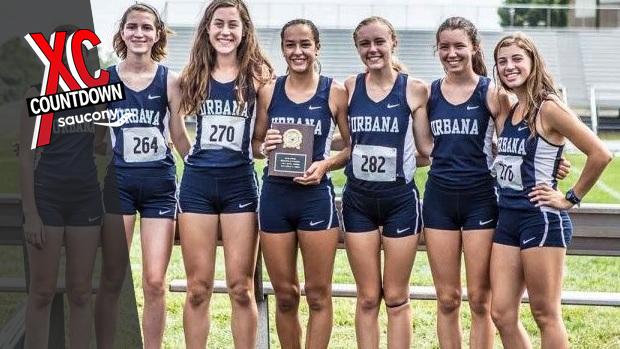 The 2015 cross country season saw the Urbana girls' four-year run of having a girl among the top two finishers at the state championships come to an end. Their streak of four straight third place finishes at the state championships also ended. However, after a rebuilding year the Urbana girls are poised to jump right back into the thick of things in 2016. It will be interesting to see how rising sophomore Susannah Auderset translates track success (58.32 400, 2:24.32 800) into improvement on the course after finishing 63rd at the state championships in her freshman season. Urbana will get a big boost from rising junior Maddie Gilliam, who finished third in the outdoor state 1600 with a personal best 5:14.82 in her first season at Urbana; as a freshman she ran for Smithsburg, then for Tuscarora in the first half of 2015-16. She finished 21st at the 3A State Championships for Tuscarora in 2015 and could be the frontrunner that helps this young team re-emerge as one of the top teams in the 3A classification.