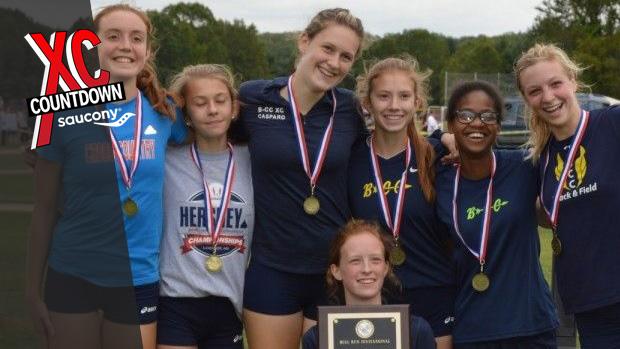 In 2012 the B-CC girls, led by sophomores Caroline Beakes and Nora McUmber, won the 4A State Championships. After winning the 2013 Montgomery County Championships, they finished second to the Walter Johnson girls at the state championships, and the Walter Johnson girls have won three straight state championships. This year, however, the B-CC girls may have the firepower to get back on top. Rising sophomore Virginia Brown finished fourth at last year's county championships and had an outstanding track season, running 5:11.35 in the 1600. Rising seniors Zoe Nuechterlein (5:11.95 1600) and Michaela Peterson (25th at last year's state championships) give them possibly the top returning trio in the state. Depth? No problem - with one of their biggest teams in recent years, according to Coach Chad Young, they will have plenty of runners with the ability to step up should one of their other sub-20 returnees go down. If this team stays healthy, they could not only end Walter Johnson's three-year run of state championships, but possibly have NXN aspirations.