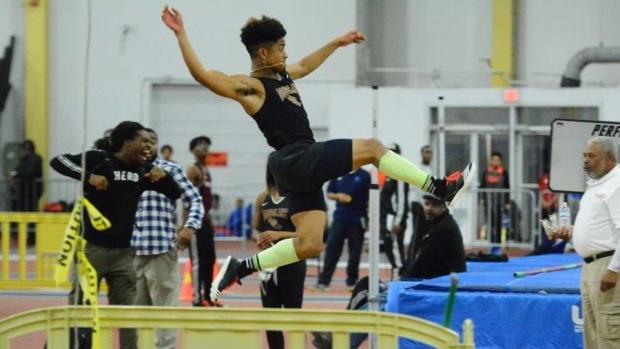 Frederick Douglass senior Kollin Smith brings a lot to the table from a track and field standpoint. He is the top returner in Prince George's County in four separate events: the 55 meter hurdles, long jump, high jump and pole vault. He is also the defending county champion in all of them except for the high jump, in which he finished second last season. He could be worth 40 points to the Douglass boys at their county championships, automatically making them one of the potential top-scoring teams in the county. 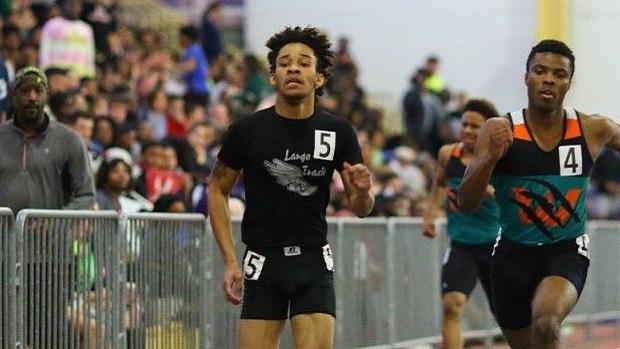 The Largo boys will once again have one of the top sprinting cores in the county led by senior Tsarte Martin who has the fastest returning 300 (35.50) and second-fastest 500 (66.67). He narrowly missed the 2A state title in the 300 and should return even stronger this season. Aaron Hackett showed potential in the short hurdles last outdoor season but his main strength is the 300 - he clocked a personal best of 36.59 last year. Jabari Reddick owns the fourth-fastest returning 55 meter dash mark (6.72) and Justin Johnson returns off a fourth-place finish in the 500 at last year's indoor state meet. 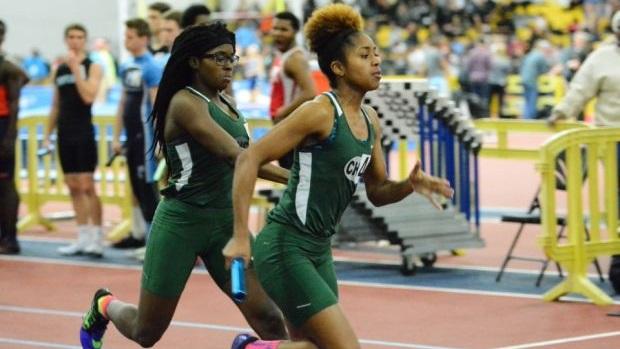 Similarly the C.H. Flowers girls owned the sprint events last season and should continue to do so this winter. Seniors Collese Daly (7.20 55, 41.19 300) and Pharist O'Neal (7.22 55, 41.11 300) were the main factors on their 2016 4x200 that won the 4A state championship and finished fourth in the Championship event at New Balance Indoor Nationals. Throw in sophomore Dejah Grant - the only returning girl in Prince George's County with a sub-1:20 500 to her name and the defending outdoor state champion in the high jump - and the Flowers girls are positioned well to defend their indoor county team title. 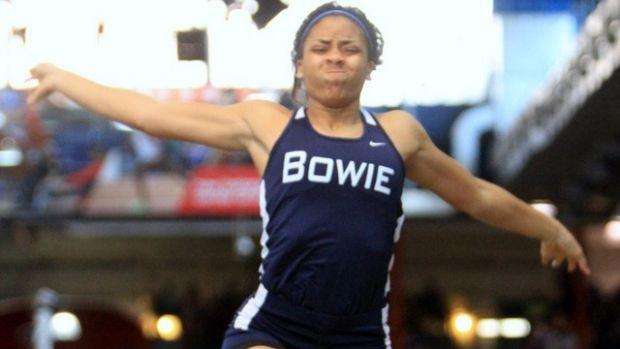 The Bowie girls could be one of Flowers' top challengers as they figure to score a lot of points in the field events. Senior Candus Burks (pictured above) and junior Ja'Tae Joyner are the only two returning girls in the county who cleared 17 feet in the long jump last winter, and Burks' 18'7 performance at the SMAC Classic earned her a trip to New Balance Indoor Nationals. Joyner is also the top returner in the county for the triple jump, and junior Jasmin Perry is one of three girls who cleared 5'2 in the high jump during the 2016 indoor season.