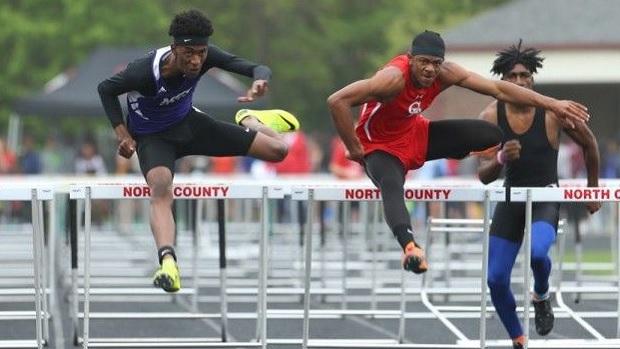 Even with a cold, wet Saturday, there were still a plethora of notable performances from around the state this past week. We narrowed it down to six boys vying for the honor of the top performance of week five. Vote for your favorite below!

Glen Burnie senior James Waller (right, in the red) seemed unaffected by the rain on Saturday, picking up wins in both the 110 and 300 meter hurdles. He went under 15 seconds for the first time in the 110 hurdles and now ranks second in Anne Arundel County and fifth in 4A.

Waller was not the only hurdler with a big weekend. Northwood's Jamarcus Plato took advantage of the fine weather on Friday evening at the Viking Invitational, breaking 40 seconds for the first time in the 300 hurdles. His new 39.89 personal best is good enough for the eighth-fastest time in the state so far this spring. Plato also came back on Saturday to win the non-elite section of the 110 hurdles.

While this poll usually centers around individual performances, Bohemia Manor teammates Zachary Laird and Alex Longeway were equally dominant at the UCBAC Susquehanna Divisionals last Thursday. The pair finished first and second in all three distance races, helping secure the divisional title for Bo Manor. Over at the Chesapeake Divisionals, Aberdeen's Elijah Johnson was similarly dominant in the throws, winning the shot put (51'3, personal best) and discus (136'5). Johnson currently sits fourth in 3A in both events. 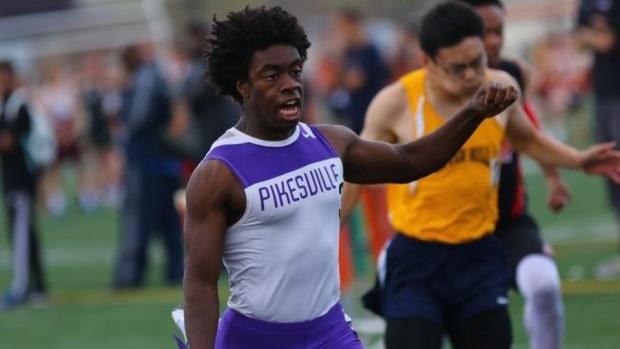 Pikesville senior Ellis Brown hasn't missed a beat after missing the end of last spring while out of the country. He rolled to victories in both the 100 and 400 at the Scorpion Classic, taking advantage of the dry conditions. He now leads 1A in both events this spring.

Last but not least is the only boy on the list who won just one event this past weekend, but still had a great performance. Thomas Johnson's Bryce Ferguson won the pole vault at the Lanham Rebel Relays, clearing 13 feet for the first time in his career. He owns the best mark in 3A and fourth-best in Maryland.