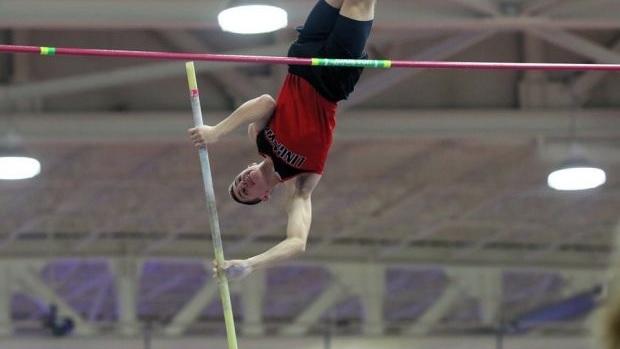 Linganore sophomore Carter Holsingere is the only boy to have cleared 14 feet in the pole vault this winter. (Photo by Craig Amoss)

If last week's 2A boys team battle was the closest of the state meets, the 3A boys team battle certainly gave it a run for its money. Entering the final track event of the day - the 4x400 relay - the Linganore boys needed to finish first or second to overcome Reservoir and take the team title. And they did, finishing second, and just a fraction of a second behind the winners from Oxon Hill. It gave the Lancers 54 points to Reservoir's 53, with the Clippers shooting up to third place with 49 points.

However the Lancers' most impressive performance of the day came earlier as sophomore Carter Holsingere vaulted (literally) to the top of the state leaderboard. Entering the meet with a personal best of 13'5, he cleared both 13'6 and 14'0 on his second tries, becoming the first and only Maryland athlete to clear 14 feet in the pole vault this season. It was his first state title and a big ten points for Linganore on their way to the team championship. 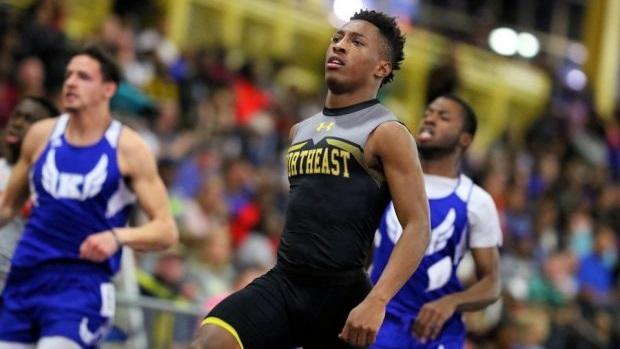 Northeast's Davon Carroll was one of two athletes, along with Largo's Aaron Hackett, to win both the 55 and 300 at the 2018 indoor state championships. (Photo by Craig Amoss)

Davon Carroll, Northeast: Carroll entered the day as the favorite in both the 3A boys 55 and 300 meter dashes, and did not disappoint. He cruised to a win in the 300 before returning to drop a new personal best in the 55 (6.46). It was the second and third individual state titles for the Northeast senior whose 21.31 200 meter dash performance trails only Bullis' Ashton Allen among spring returnees.

Andre Turay, South Hagerstown: Turay capped his first season at South Hagerstown with a win in the 55 meter hurdles, in which he went undefeated as a junior this winter. His final performance of 7.35 was just off his personal best and MD #1 time of 7.33. Turay is more than just a one-trick pony, however: he finished second in the 3A boys 300 with a time of 35.90. 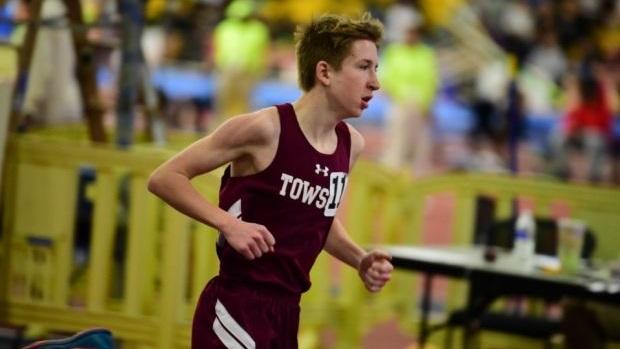 Towson freshman Samuel Fields was one of six Towson freshmen who ran 18:33 or faster on the course this past fall. (Photo by Brandon Miles)

Samuel Fields, Towson: The only freshman to compete individually at this year's 3A boys state meet, Fields finished tenth in the 3A boys 3200 at 11:03.37. Fields was part of a big youth movement this year for the Generals, as he finished 36th at the 3A State Championships in the fall. 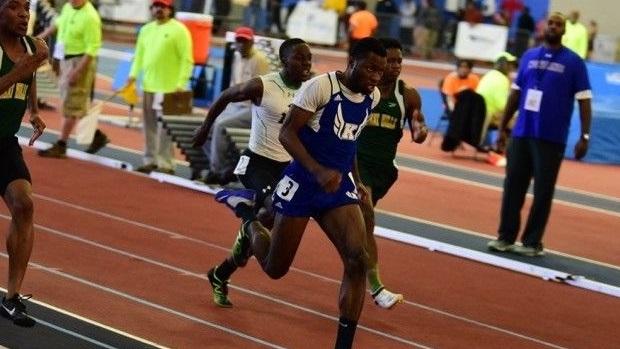 Kenwood's Kelechi Nwankwoala broke out this season, cutting his personal best in the 55 dash down by 0.12 seconds at the state meet alone. (Photo by Brandon Miles)

Kelechi Nwankwoala, Kenwood: As a junior, Nwankwoala made it to both the indoor (55 dash) and outdoor (100 dash) state meets, but he saved his best performance for his senior year. Entering the state meet with a season best of 6.67, he dropped a quick 6.55 time in the prelims, following it up with a 6.57, second-place effort in the finals. Nwankwoala and fellow senior Walter Scheuerman (fourth, 6.58) combined to form one of the fastest duos at the state meet this year. 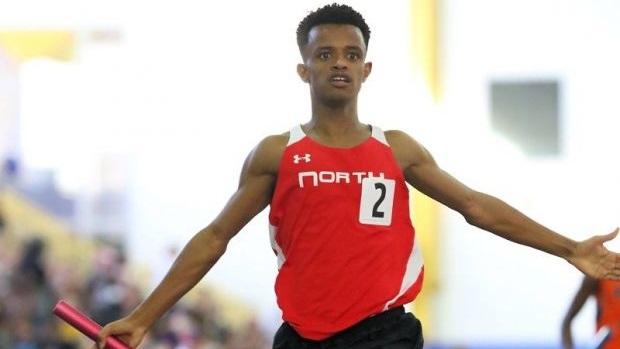 North Hagerstown senior Nate McKinsey brought the Hubs from behind to win the 3A boys 4x800. (Photo by Craig Amoss)

North Hagerstown 4x800: Before last year it had been a long time since the North Hagerstown boys had made an indoor state meet appearance in the 4x800. A year later and they took home the 3A title. They were down but never out, as senior Nate McKinsey made up a deficit on the final leg to overcome Mount Hebron's early lead. 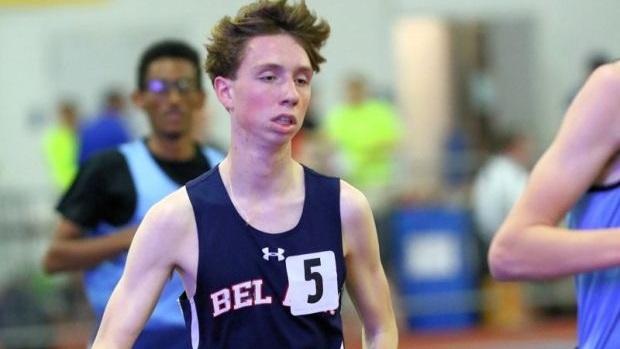 Caleb Zylka, Bel Air: Zylka ran 10:27.13 as a freshman last spring and immediately took his game to another level this winter. He finished fourth at the 3A East Regional to qualify for the state meet, then finished in fourth place again. Only seven sophomores in the state ran faster than him this winter, and he's part of a Bel Air distance squad that is set to be rejoined by three-time state champion Kieran McDermott.