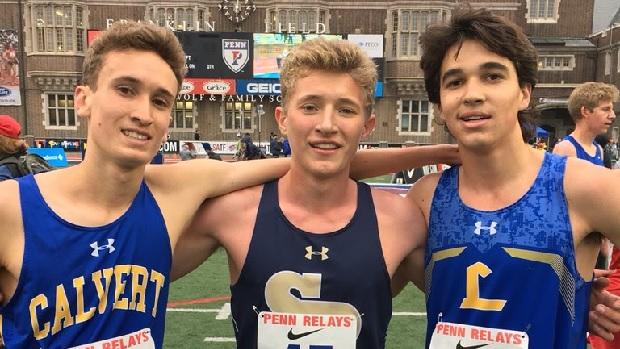 While the Gator Invitational captured the attention of many who remained in Maryland this past weekend, teams from all across the country (and out of the country) made the annual pilgrimage to Philadelphia for the Penn Relays. This year's meet was in no way lacking representation from the Old Line State, so let's recap some of the most notable performances from this past weekend's ultra-mega-meet at Franklin Field. 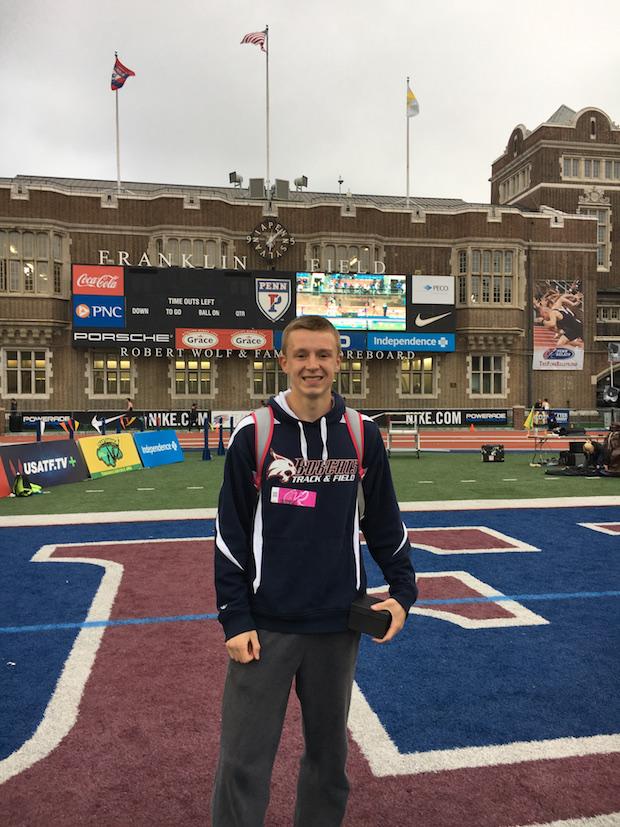 Poolesville's Ryan Lockett turned heads this past indoor season with multiple sub-4:15 mile efforts as he grabbed the top spot in Maryland when Dalton Hengst transferred home to Pennsylvania. However, it looks like that title may have been passed once more, this time to Bel Air senior Kieran McDermott, who owned the top returning outdoor 1600 time from last spring (he doesn't compete in the winter).

McDermott became the first Maryland boy since Matthew Centrowitz in 2007 to win the mile at the Penn Relays. McDermott ran 4:09.63, which, when converted to a 1600, ranks fifth on MileSplit MD's leaderboard dating back to 2000 (behind Centrowitz, Shane Stroup, Vincent Ciattei and Hengst). McDermott also ranks third in the country on the 1600/mile leaderboard.

Lockett also ran the race, finishing tenth with a time of 4:17. Last year, Lockett ran the 3K, and this year three Maryland runners represented their schools and the state in the event. Justin Diehl, Garrison Clark and Camden Gilmore all ran personal-best times; when converted from the 3,000 to the 3,200, their times (which ranged from 8:32 to 8:36) all come out to be sub-9:15. Diehl currently holds the MD #1 3,200 mark at 9:21, a time which all three boys showed that they are capable of beating this past weekend.

And we can't leave out Abby Green! The Walter Johnson senior came within a second and a half of a victory of her own in the 3,000, running 9:35.83 (which converts approximately to a 10:17 3200). Similarly, she holds the top Maryland 3,200 time at 10:43, but her effort on Thursday night in Philly shows what she is truly capable of. It's possible we will see all of these runners in postseason action this spring. 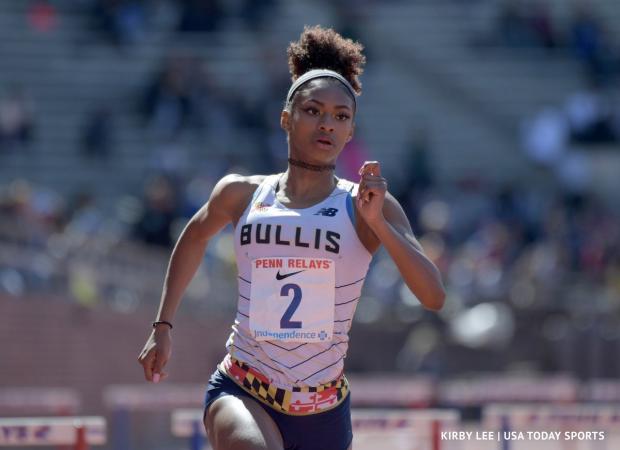 There aren't too many athletes that seem to have mastered the 400 hurdles like Bullis senior Masai Russell has. The event itself isn't run often, especially in the state of Maryland, but she's become one of the nation's top 400-meter hurdlers anyway. Last season she represented the United States in the Pan-American Junior Championships in Peru and placed third in the event, running a personal best time of 57.55.

A personal best wasn't in the cards for Russell on Thursday, especially with the cooler temperatures in late April, but it's hard to complain when you walk away a Penn Relays champion. Her 58.49 performance was the fastest by any girl in the United States so far this season, and after her record-setting 55-meter hurdle showing during the winter, it will be exciting to see what she can do in the 300-meter hurdles this spring.

Five teams from Jamaica, one from the Bahamas, and one from... Hyattsville, Maryland? That's right, the DeMatha boys stood as the lone U.S. representatives in the Championship of America 4x100 on Saturday at Franklin Field. The team more than stood their ground, dropping a Maryland #1 41.36 even as temperatures struggled to warm up over the weekend. Over the past few years, only a couple teams have run faster, including the Ronald Darby/Dondre Echols Potomac team in 2012 and both DeMatha and Bowie at the 2015 Penn Relays.

In fact the top four Maryland performances in the 4x100 so far this spring came over the weekend. Calvert Hall, Paint Branch and Largo all qualified for the "National Championship" section on Saturday and finished second, eighth and ninth respectively.

Bullis, Franklin Girls Still Cream Of The Crop In The 4x400

Both the Bullis and Franklin girls 4x400 relay teams qualified for the Championship of America section on Saturday, and both finished in the top six. Bullis ran their season-best time (and MD #1 performance) of 3:41.51 in the championship section, led by two 54.0 splits by their second and third legs, Sierra Leonard and Lauryn Harris.

Franklin, meanwhile, ran 3:44 in the championship section but had already run faster (3:42.50, a MD #2 time) in their qualifying section. Seniors Nyjari McNeil and Cameron Hinton led the way with splits of 53.6 and 55.3, respectively, in that qualifying heat. Overall, the top six - and 13 out of the top 14 - times on the current 4x400 leaderboard were recorded over the weekend at the Penn Relays.

How About The Field Events?

Bullis' Cierra Pyles and Bowie's Ja'Tae Joyner finished sixth and eighth, respectively, in the triple jump. Both girls leaped over 40 feet (first time ever for Joyner) and sit a comfortable 1-2 on the state leaderboard.