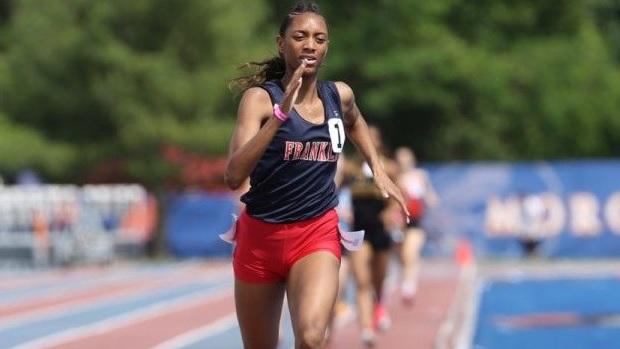 Last year, Nyjari McNeil ran a personal best 2:07.34 to win the Elite Women's 800 at the John Hay Distance Festival in West Chester, Pennsylvania. 364 days later, she successfully defended her title, once again winning with a season best - and US #4 - time of 2:08.39.

McNeil entered Friday's action 20th in the United States with a season best time of 2:09.56, which she recorded in her second race of the day at the 3A North Regional meet two weeks ago. McNeil's only loss in the 800 during her senior season came at New Balance Indoor Nationals, where she finished tenth; she will look to carry her momentum from Friday into the championship race in two weeks.

Last year, Middletown's Riley McDermott also won the elite section of the 800, dropping a personal best 1:51.29 two weeks before he went on to finish third in the 800 at New Balance Nationals. This year he entered the race having only run 1:54 as a senior, but Friday's race turned out to be one of the best all-time by a collective group of half-milers from the state of Maryland.

In other races, Mount de Sales junior Samantha Facius ran a 5:02.78 mile to win the Elite HS girl's section, moving her into second on the state 1600/mile leaderboard. Full race results can be found here.