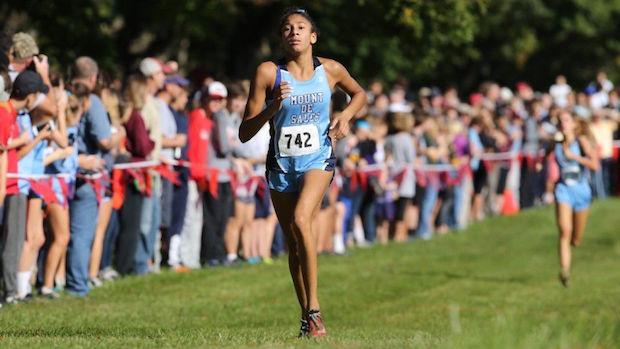 Juliette Whittaker of Mount de Sales Academy had a stellar freshmen season finishing no worse than 4th in any major race that she competed at including winning titles at season end in the IAAM Championships and Maryland/Private Schools DC Championships. Her last race was an 18:59 PR for 5K.

Anna Albergo (Dulaney) - Albergo was one of the top runners for the Dulaney girls including a 3rd place at the Baltimore County Championships and a 11th place finish in the 4A girls state race. She ran a 5K PR of 19:19 at the 3A North Regional and was a top 10 finisher at Barnhart Invitational (9th) and Gunpowder Falls Invitational (5th).

Mollie Fenn (Broadneck) - An all-state 9th place finisher in the 4A girls state race, Fenn clocked one of the fastest 5K times of the season among all freshmen with her 18:52 4th place run at the Anne Arundel County Championships. Fenn had several strong 4th place finishes this season including Barnhart Invitational, Gunpowder Falls Invite, and 4A East Regional. 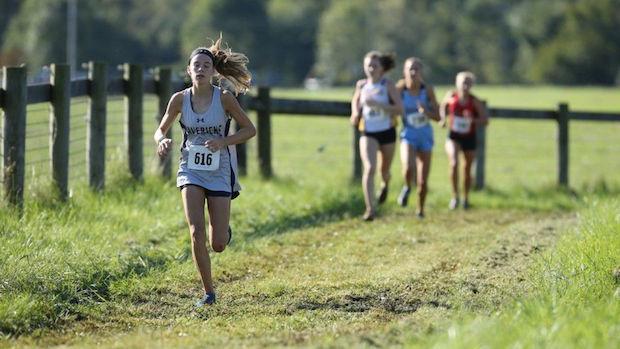 Rubie Goffena (Manchester Valley) - The Carroll County champion as a 9th grader, Goffena won a total of 7 major championship and invitational races this season including the Barnhart Invite, Crossfire Invite, Westminster Invite, Cougar Short Course Invite, and 3A West Regional. She ran her 5K PR of 19:20 in a runner-up finish at the Gunpowder Falls Invite. She ultimately finished 5th in the 3A girls race as the fastest freshmen performer of the day in a time of 19:29 at Hereford. 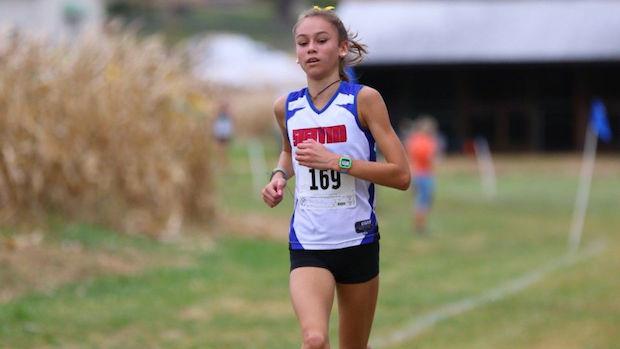 Katie Kaneko (Sherwood) - The Montgomery County runner-up and the 4A North Regional champion, Kaneko made a big splash in her freshmen year of cross country at Sherwood. She broke 19 minutes for 5K in big regional win in 18:58, while also ran 15:32 on the historic 2.5 mile course at Van Cortlandt Park in New York for the Manahttan Invitational in a runner-up finish. While the state meet race was a disappointment (70th place in 4A), she should come back next year as one of the contenders in the classification. 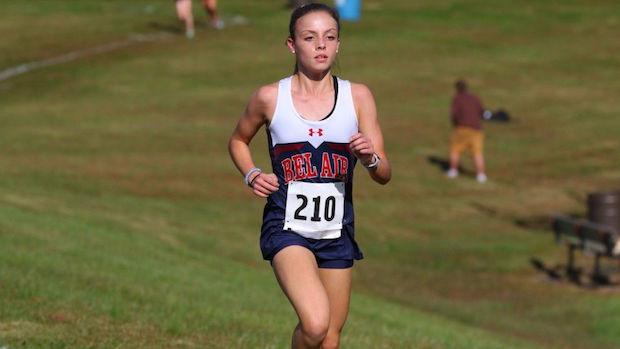 Mackenzie Morrison (Bel Air) - Morrison helped lead the Bel Air girls to a banner year for their program including a UCBAC conference title and state runner-up finish in the 3A girls race. Morrison individually ran 18:28 for 3 miles and 19:42 for 5K this season as she finished 8th for All-State honors in the 3A girls race. She finished 3rd in both the UCBAC Championships and the 3A North Regional.

Juliette Whittaker (Mount de Sales Academy) - Whittaker had a stellar freshmen season finishing no worse than 4th in any major race that she competed at including winning titles at season end in the IAAM Championships and Maryland/Private Schools DC Championships. Her last race was an 18:59 PR for 5K. She raced well in earlier meets against top public school competition finishing 4th at the Seahawk Invitational, 2nd at Barnhart Invitational, and 4th in the elite race at the Bull Run Invite.

Sydney Yankanich (Northern-Calvert) - Northern-Calvert had some key losses from last year's squad due to graduation, but insert talented freshmen like Yankanich and their squad found themselves as 3A state cross country team champions again. Yankanich had one of the best freshmen times at the state meet finishing 6th in the 3A girls race with a time of 19:36. She had run 18:55 for 3 miles on a much faster course than Hereford at the Frank Keyser Invite. Her best 5K run came with a 6th place finish (19:50) in the competitive SMAC Championships.

Vote below on the freshmen girls XC runner of the year by Monday at 9 PM ET!