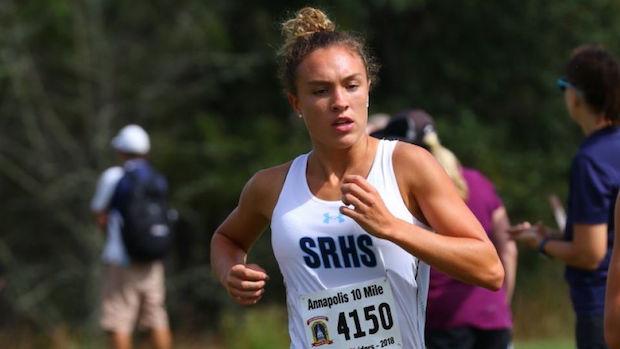 Vote below for who you feel deserves to be named the Maryland girls XC runner of the year. Poll closes at 9 PM on Sunday. 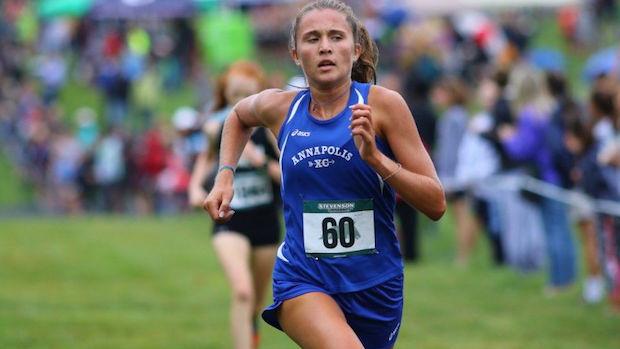 Anna Coffin (Annapolis) - Entering championship season, Coffin was arguably the state's #1 ranked runner having scored major wins at Spiked Shoe Invitational, Bull Run Invitational, and Frank Keyser Invitational. She also won the Anne Arundel County Championships over eventual 4A state champ Bronwyn Patterson. After suffering a 6 second loss at the 4A East Regional to Nelle Ray, Coffin turned her ankle on a training run leading up to the state race which hindered her ultimately at Hereford but still gutted up a 3rd place finish in 4A girls race in 19:19. 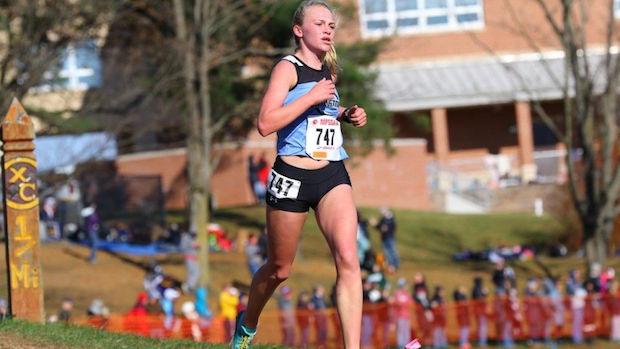 Oakley Olson (Huntingtown) - The Huntingtown sophomore Olson had the best season finish out of any runners in the state. She had won no major meets prior to the state meet as she was runner-up at the SMAC Championships and her regional meet, while had top 3 finishes at the Seahawk and Bull Run invitational earlier in the season. In the 3A girls state race, Olson upset several of the pre-race favorites to win the state title with the fastest time overall of the day with a sub 19 minute effort at Hereford in 18:59. Keeping that momentum rolling into the post-season, Olson clocked a new 5K PR of 18:22 to finish 11th in the Nike Cross Southeast Regional as Maryland's top performer.

Bronwyn Patterson (South River) - Using cross country in the fall as a conditioning sport for her primary sport of lacrosse in the spring, Bronwyn Patterson has found running might be her primary sport as well in becoming the 4A girls state champion this fall. Her two best races of the season came at Hereford as she also won the elite division race at the Bull Run Invitational earlier in the season, but dropped 22 seconds in her state meet winning time of 19:06. Patterson broke 18 minutes for 3 miles in a runner-up finish at the Frank Keyser Invite, while ran 18:45 twice for 5K including in her season finale with a 24th place at the NXN Southeast Regional. 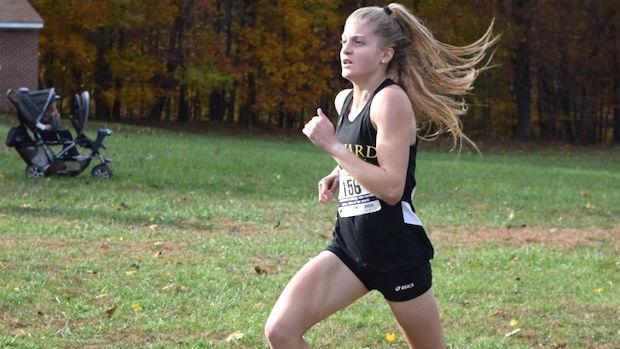 Charlotte Turesson (Richard Montgomery) - This year's Montgomery County champion, Richard Montgomery sophomore Charlotte Turesson really gained attention when she ran the fastest 5K time of the season by any high school runner in Maryland with her top 15 finish in the Race of Champions at Great American in a 18:09 clocking. Turesson also claimed the 4A West Regional title and moved up to finish state runner-up in the 4A girls race. She started her season with a victory at the Interstate Classic as well. 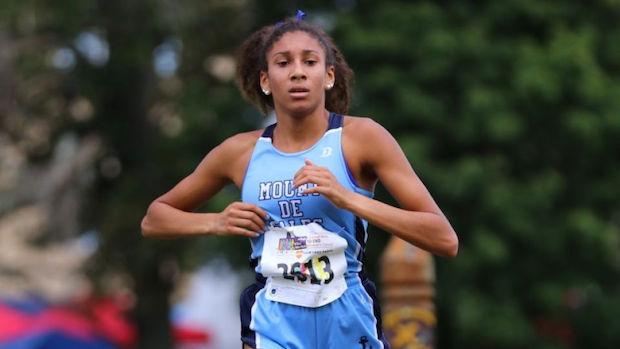