Hereford High School once again played host to the 2021 Bull Run Cross Country Invitational. Athletes from over 100 teams registered for the meet, including some teams from Virginia. As always, the most riveting part of the course comes from "The Dip," a harrowing hill that is featured in the beginning and the end of the course. Surrounded by many race-enthusiasts on the sidelines and filled by tumultuous applause, "The Dip" is a must-see sight for this meet.
The meet was broken down into two sections: the morning session and the afternoon session. The afternoon session was comprised of a total of six races: Boys Medium Varsity; Girls Medium Varsity; Boys Small Varsity; Girls Small Varsity; Boys Small/Medium Junior Varsity/Open; and Girls Small/Medium Junior Varsity/Open. 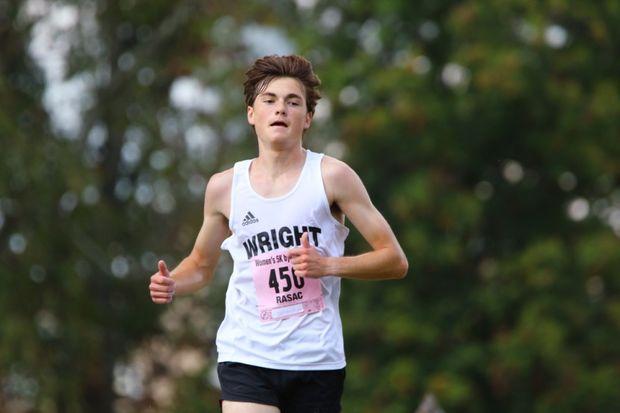 (Elizabeth Pickett gives herself an early lead during the race) 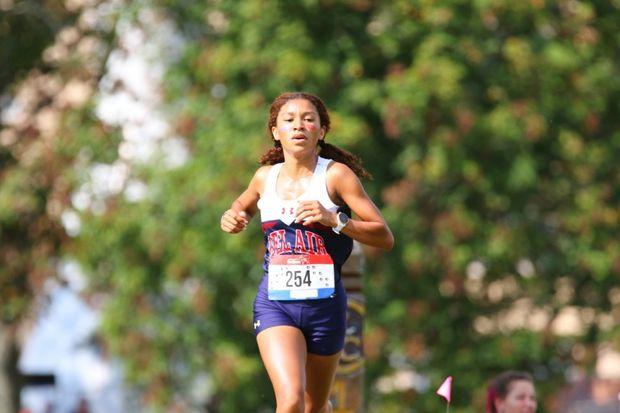 (Day Leone becomes a leader during the beginning of the race, pictured alongside Kaleb Berhanu)

For the Boys Small Varsity race, Bohemia Manor senior Day Leone was first with a time of 17:10.8. The race was close as Cambridge-South Dorchester senior John Condon followed behind with a 3-second-margin and a finishing time of 17:13.5. The third-place finisher was Pikesville senior Kaleb Berhanu with a time of 17:34.8. Fourth place was taken by Fallston senior Quinn Daly with a time of 17:45.2. Another Fallston athlete joined the ranks with senior Alex Xavier finishing fifth with a time of 17:54.1. For the team scores portion, Liberty, as led by sixth-place finisher Davis Trump, took home the win with only 54 points. Liberty's win came from its top five runners placing within the top 15: Davis Trump (6th, 18:12.14); Noah Petroski (11th, 19:11.4); Logan Cyford (13th, 19:14.6); Benjamin Smith (14th, 19:21.6); and Luke Carpenter (15th, 19:22.4). The second team was Bohemia Manor, led by first-place winner Leone, with 127 points. The third team was Fallston, led by Daly and Xavier, with 132 points. 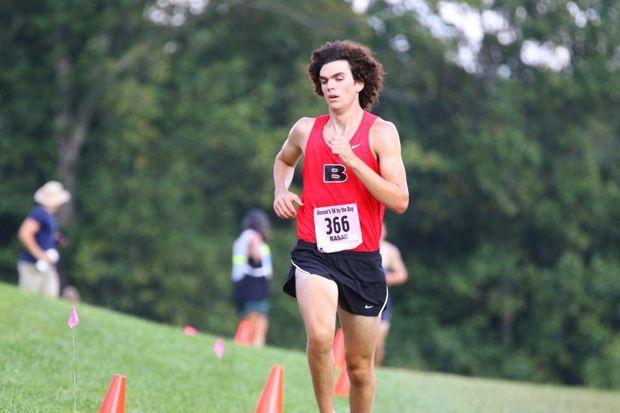 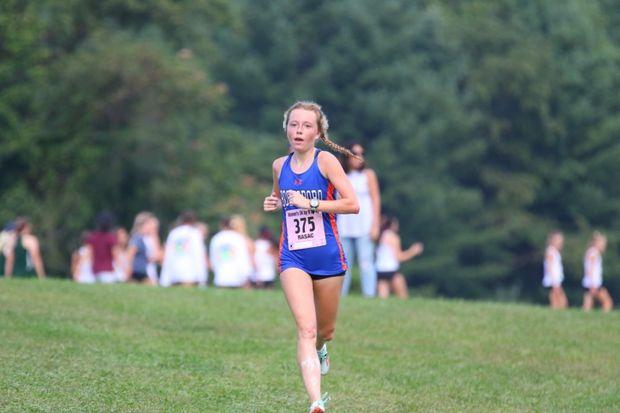 (Caroline Matthews breaks away from the pack, finishing first in the Girls Small Varsity race) For the Boys Small/Medium JV/Open race, Towson had a 1-2 duo that led the race. Towson freshmen John Fields and Theodore Brown took over first and second place, respectively. Fields finished at a time of 20:00.7, while Brown finished at a time of 20:08.4. The third finisher was Liberty freshman Stanley Mesceda with a time of 20:17.5. Hereford senior Justin Gasparini finished fourth with a time of 20:29.9. Fifth was St. Paul's sophomore Ethan Schulze with a time of 21:02.7. With having both the first and second place finishers on the team, it was to no surprise that Towson took home the top honors with a score of 79 points. The second-place title went to Hereford, led by Gasparini, with 91 points. The third-place title went to St. Paul's, led by Schulze, with 121 points. (Elaine Bodendorfer breaks away from the pack, finishing first in the Girls S/M JV/Open race)