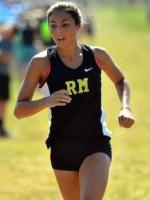 VOTE: Who Was The Maryland Girls XC Runner Of The Week?
Vote for who was the Maryland girls cross country runner of the week from this past week's meets ending on September 2nd. Voting closes on Thursday, September 7th at 9 PM ET....

Coach Rogers (Richard Montgomery) On Rohann Asfaw, Soph...
Interview with Richard Montgomery head cross country coach Davy Rogers after workout video visit with his squad on Monday as they prepare for the 4A West Regional this week....

Oatlands Highlights: Whitman Girls Win! Good Counsel's ...
A September clash of many of Maryland's best against fierce competition from Virginia at the 2015 Oatlands Invitational on Saturday....