Coming off his first Montgomery County title with a 15:34 PR at Bohrer Park, MileSplit Maryland visited with Richard Montgomery junior Rohann Asfaw and his team on a no school Monday (teacher workday) for a 8am workout on their track to prep for the upcoming 4A West Regional race at High Point Farm in Clarksburg. 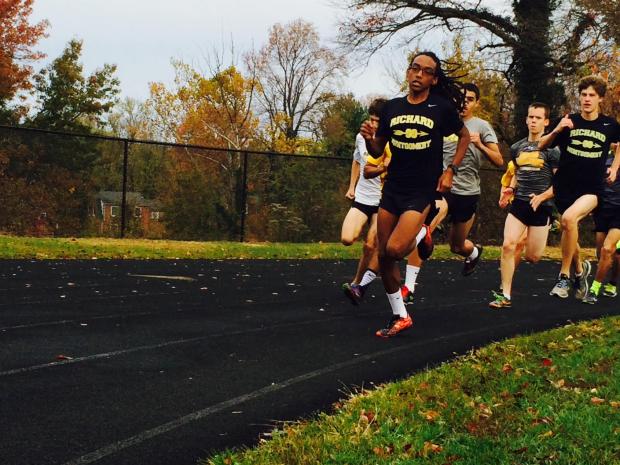 Asfaw, a 9:23 2 miler last spring as a sophomore, and his team did a light speed workout to tune up for regionals with 6x200 meters at 90% effort (though pick up last 30 meters) with full recovery after a 100 meter jog and 100 meter walk in between repeats. Asfaw was leading the workout typically clocking off 28 seconds for each repeat.

Having taken his running to another level this fall, Asfaw certainly isn't going to wait for his senior year to compete for titles and national aspirations. He will be in the mix among others challenging Dulaney's Eric Walz for the 4A state title and appears to be leaning towards racing at Foot Locker Northeast Regional in the post-season, but also still considering NXN Southeast as well. 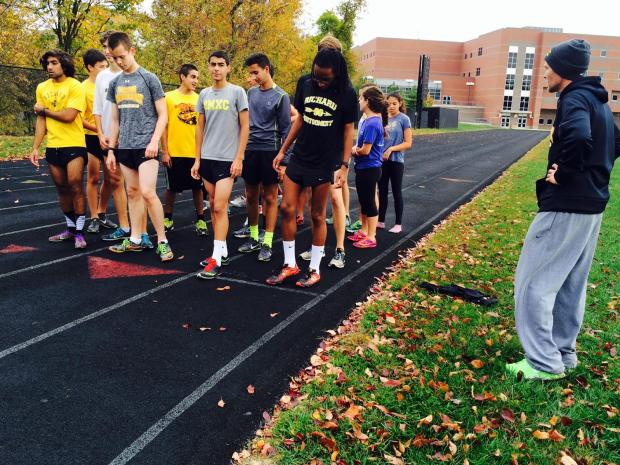 The Richard Montgomery coach Davy Rogers is a alum of the program and was on the team as a runner himself when the school had its last county champion back in the mid 1990s.

Now Coach Rogers is working with and developing the program's latest county champ as well as trying to guide both boys and girls teams back to the state meet out of one of the most competitive regional meets in the state of Maryland. 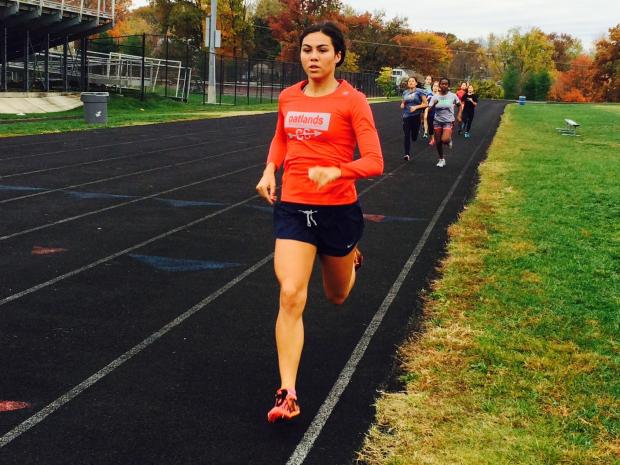 Rohann Asfaw is not the only elite individual on the team's roster as Sophie El-Masry is one of the best girls runners in Montgomery County and certainly capable of an All-State finish in the 4A state race next weekend at Hereford.

After running in the 18 minute range as a freshmen and sophomore, El-Masry struggled last year as a junior to have that same success, but has been running better than ever as a senior and actually won on the regional course High Point Farm at Coyote Run a few weeks ago.