Kicking off our Workout Wednesday video series for the 2016 cross country season is a visit with the Bethesda-Chevy Chase boys and girls cross country teams. The girls team quite possibly could be the best team in the entire state of Maryland this fall, while the boys squad expects to contend for the Montgomery County and 4A West regional title as well as another top 3 state meet finish. 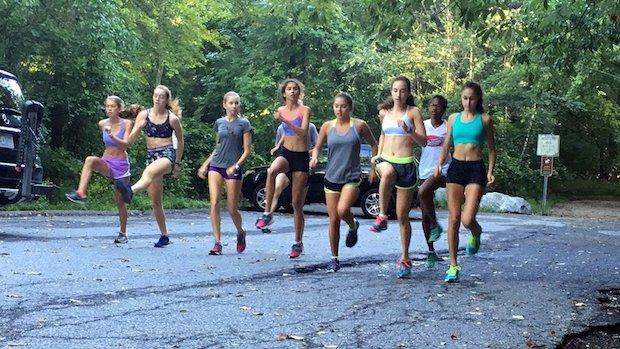 Their preseason workout was a hill circuits out and back loop on a wooded trail with its share of uphills and downhills at Rock Creek Park in Montgomery Park. The runners were encouraged to surge on the uphills segments and relax on the downhills, while keeping a steady pace on any flat portions of the trail. The trail out and back loop was just under 2 miles, which they repeated 3 times.

The B-CC squad is coached by a husband-wife duo in Chad and Emily Young, who also welcomed to their team and family this fall their first newborn baby in son Oliver. Interesting story as Oliver happened to be born on the same day as the Montgomery County Championships this past outdoor season with Chad giving Emily updates during labor how the team was doing watching the meet live streamed on MileSplit.

The boys team graduated their top 2 runners from last fall, but return arguably a deeper squad for the 2016 cross country season led by junior Adam Nakasaka, who ran under 9:40 this past spring for the 3200. Another junior in Josh Fry also developed nicely over the track season to post a 9:42 3200 PR. Nakasaka and Fry could be a better 1-2 punch for B-CC than they had last fall with Dylan Kannapell and Lucas Heinzerling. 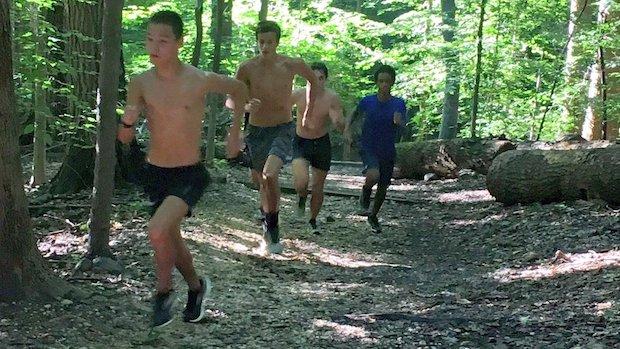 Another large pack of runners is trying to fill out the remaining top 7 spots for this upcoming season and breakthrough into the 16 minute range this fall.

The girls team has been battling Walter Johnson for several years now over the top spot in Montgomery County, 4A West Regional, and the 4A classification. Last year, Bethesda-Chevy Chase secured several early season victories against their county rival, only to see injuries as well as Walter Johnson team step up at season's end derail hopes of a state title. 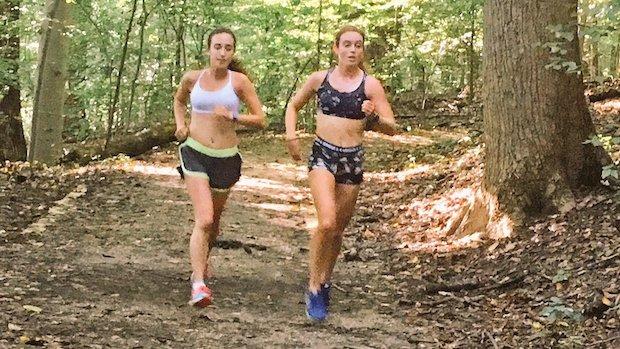 B-CC's best chance to end the three year streak of Walter Johnson may be this fall with only one graduation loss from their 2015 varsity lineup. Their top three will be one of the state's best in Virginia Brown (18:45), Zoe Nuechterlein (18:51), and Michaela Peterson (19:01) all having run around 19 minutes flat or faster for 5K.