The Centennial girls head into this weekend's Maryland State Cross Country Championships as one of the top team contenders for the 3A team title following championship season victories at the Howard County Championships and 3A East Regional. Two years ago, the Centennial girls were state champions and last year had to settle for second place behind their Howard County rivals from River Hill. 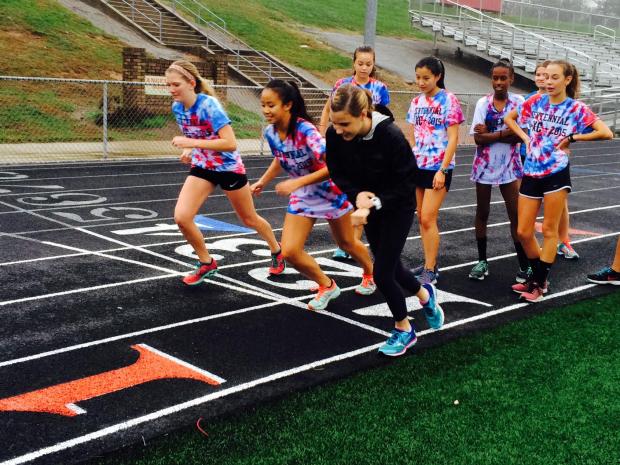 After having River Hill's number this season including most recently at the county and regional championships, Centennial has a great deal of confidence going into the state meet of their chances of winning a second title in three years, but also has to deal with two formidable challengers in 3A North Regional champs Towson and 3A South Regional champs Northern-Calvert.

Two members from that 2013 state champion squad are on their current varsity lineup in Devin McIntyre and Kara Taylor, while Ashley Mazer was a alternate on the victorious state meet team two falls ago. With the emergence of several freshmen stepping up to fill important varsity holes this season as well as well as senior Jessica Jiang becoming another runner around 20 minutes flat, the Centennial girls have been relying on pack running and tight spread for their 2015 fall team success. 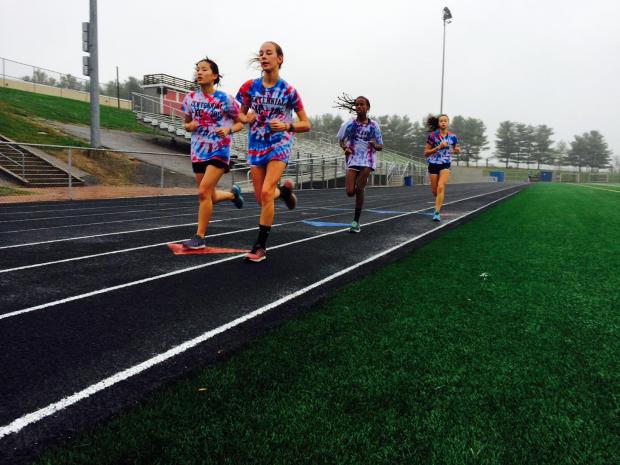 Centennial head girls cross country coach Kevin McCoy had his girls do a fairly comfortable work out on a rainy Tuesday four days prior to the state championship meet. The first part of the workout was 3xmile at tempo pace with the top group of girls suppose to hit times under 6:50, but dipped into the 6:40's actually during the workout, then finished off 4x200 meter repeats at repetition pace. The freshmen and back end of their top 7 did a similar workout with the 3xmile at tempo pace, but did 4x30 seconds ON instead of 200 meters in distance to finish up their workout.

Will certainly be exciting to watch the 3A state race on Saturday as places #5 through #25 will be the battleground positions between state title contending teams Centennial, Northern-Calvert, River Hill, and Towson. Centennial plans on keeping their pack tight as possible at Hereford.