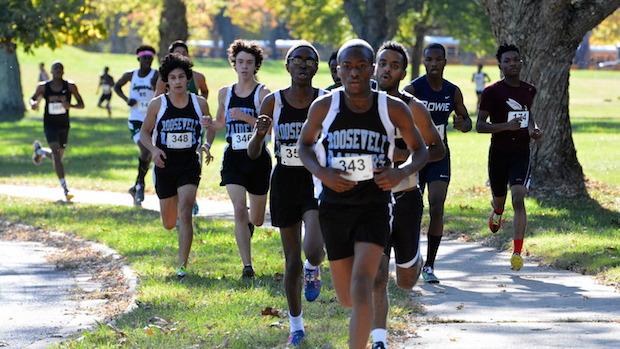 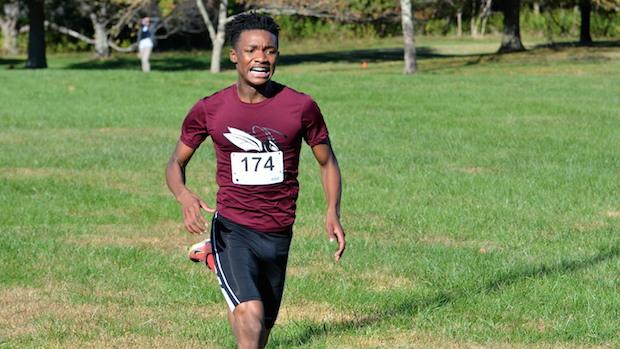 Meet Recap: The Eleanor Roosevelt boys and girls swept the team titles on Wednesday at For Washington Park for the 2015 Prince George County's Cross Country Championships. The Roosevelt boys took command of the race early on with their top 5 among the leaders in the first mile and held it together for the final two miles to put 5 among the top 9 places to easily secure the team title ahead of the runners-up from Bowie (86 pts) by a margin of 46 points.

Many lead changes throughout the boys race and entering the final loop it appeared to be a two man race between defending county champ Estifanos Asfaw of Northwestern and Adel Akalu of Oxon Hill, arguably the county's best returning runners for this season based off both cross country and track success. However, lurking just behind them was Fairmont Heights senior Antony Glasgow who had a roaring last 400 meters to dust off Asfaw (2nd, 16:48) and Akalu (3rd, 16:55) for a 16:41 victory. 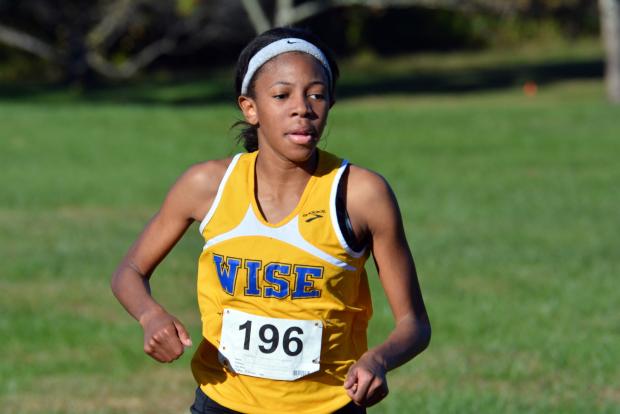 The girls race also had a few lead challenges as well up front, but once Wise senior Gabrielle Glasco seized the lead in the final mile, she was going to pour it on until she crossed the finish line first. C.H. Flowers freshmen Dejah Grant (2nd, 21:54) was trying to chase her down to set herself up to possibly become a 4-time county cross country champion, but Glasco as the top returnee from last year's county race (7th) was not going to accept anything but first place in her final county meet. Glasco crossed the line with a winning time and 5K PR of 21:39. Almost a full 2 minutes faster than her performance little over a month ago on the same course at Fort Washington Park for the Prince George's County Invite in 23:19. 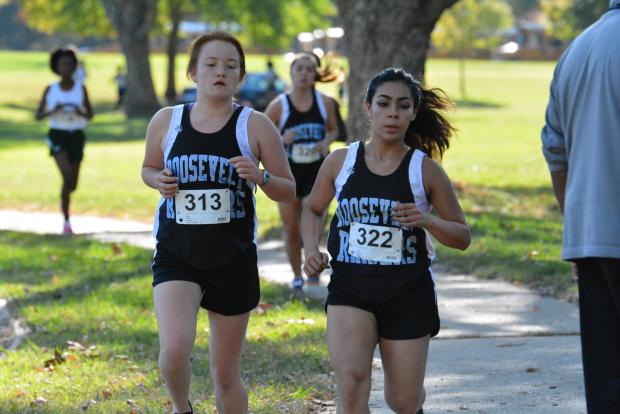 The Eleanor Roosevelt girls were a little bit more spread out than their male counterparts at ER with a 2:21 spread for their top five, but still were able to nearly put all five among the top 10 places to take the 2015 Prince George's County title with a team tally of 37 points. CH Flowers (2nd, 59 pts) was able to hold off Bowie (3rd, 67 pts) for county runner-up honors. 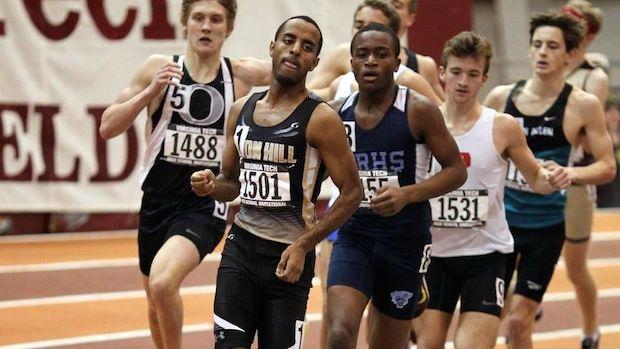 Meet Preview: Have to look back to the Prince County's County Invitational back in late September as the best guide to predict to outcome and favorites for Wednesday's Prince George's County Championships back again at Fort Washington Park.

Oxon Hill junior Adel Akalu was a runner-up at the PG County Invite as the county's top finisher with a time of 17:19. Akalu also is one of the top returnees from last year's county championship meet when he placed 3rd with a time of 16:34. We have yet this season to see the defending county champ Estifanos Asfaw of Northwestern race with his 16:21 PR from last fall, but doesn't mean that the junior Asfaw hasn't raced in some of the local weekday races.

Others to watch in the boys race include Anthony Gordon of Frederick Douglass, Derse Feyssa of Parkdale, and Andrew Sheppard of Bowie. All were top 5 finishers at the PG County Invite not far behind Akalu in the mid 17's.

Don't also forget about Edward Belsoi, a junior from Eleanor Roosevelt, who just this past weekend finished in the top 25 at the Georgetown Prep Classic with a time of 17:38. Belsoi was the county runner-up last fall to Asfaw in a time of 16:21.

The Eleanor Roosevelt boys should be the favorites to win the team title as well behind Belsoi with nearly 5 runners having season bests under 18 minutes for 5K. Bowie and Parkdale could be their closest competition. 16 points separated Eleanor Roosevelt and Bowie last year as the top two teams at the county championships. 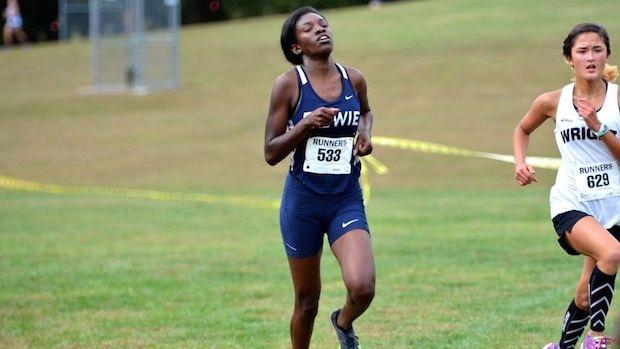 Finishing 8th place in the 2014 Prince George's County XC Championships, Bowie senior Felicia Haidara is trying to follow in the footsteps of her former teammate Ashley Modeste who won the county title last fall in 20:18 at Fort Washington Park. Haidira was a winner earlier in the season on this same course at the PG County Invite in a time of 22:02 against the majority of her top challengers for Wednesday's championship title race. 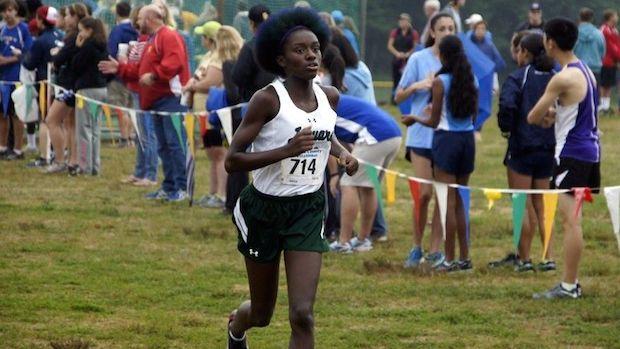 The runner with likely the greatest potential to pull off the upset is C.H. Flowers freshmen Dejah Grant, who was a runner-up to Haidira at the Prince County's County Invite by 18 seconds in a time of 22:22 at Fort Washington Park. Grant has run consistently in the 22's this fall including a 22:16 season bet at the Howard County Invite, but seems due to run her first race in the 21 second range this week.

Henry A. Wise senior Gabrielle Glasco is actually the top returnee from last year's county championship race when she finished just ahead of Haidira in 7th place with a time of 22:46. She finished 4th earlier in the season at the PG County Invite behind Haidira, Grant, and Eleanor Roosevelt sophomore Abigail Miller. Miller is another runner who should find herself among the lead back on Wednesday at Fort Washington park.

The Bowie girls were 16 point winners over the Eleanor Roosevelt girls earlier in the season at the PG County Invite, so it will be interesting to see if that margin has trimmed any in time for the county championship meet. 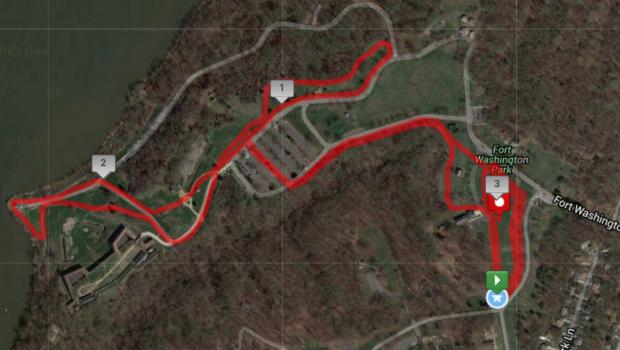